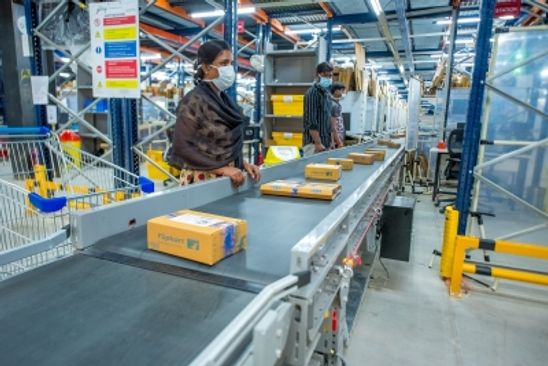 The e-commerce marketplace is targeting a 2X growth over the next six months on its credit service offering under the Pay Later scheme.

Currently, there are over 2.8 million customers who have adopted Flipkart Pay Later and have made more than 42 million transactions on the platform to date.

Owing to the growing reliance on digital payment, Flipkart Pay Later has seen 70 per cent adoption rate among customers at the time of check-out and plans to cross the 100 million transaction benchmark by the end of the year.

As digital adoption continues to increase across the country and customers seek value-driven credit options, Flipkart Pay Later has seen an increase of over 50 per cent in the number of registered users as of July 21 in comparison to the previous year.

Customers have used the offering mainly for purchases across categories of beauty and general merchandise, and home and lifestyle items. In fact, in categories such as lifestyle, Flipkart Pay Later has exceeded the credit card transactions, making it the top prepaid instrument used by the consumers for the category.

Ranjith Boyanapalli, Head, Fintech and Payments Group at Flipkart, said, "As a homegrown platform, enabling accessibility and affordability for customers is at the heart of all our offerings. The success of Flipkart Pay Later so far has shown the benefits that the construct is able to provide to millions of customers and made us confident of its market-readiness for a much wider adoption -- both on and outside Flipkart Group's platforms.

"By expanding the offering, we want to enable the customers across the country to fulfil their shopping needs in a seamless and hassle-free manner."

According to a recent TransUnion Cibil-Google report, small-ticket lending has gone up from 10 per cent in 2017 to 60 per cent in 2020. Customers are increasingly relying on fintech players for their credit demand which has further been accelerated during the pandemic.

With this in mind, Flipkart plans to expand the reach of its 'Pay Later' construct to make credit available not just on Flipkart's platform but on other partner channels as well.

Flipkart Pay Later offers its customers convenient and affordable credit solutions for their shopping needs. It is a 30-day credit product that does not have an interest fee and offers bank-grade security without an OTP for most transactions. It has end-to-end digital KYC, a seamless checkout process for items priced up to Rs 10,000, and a single-click payment mechanism that eases the customer's purchasing journey.
(IANS)