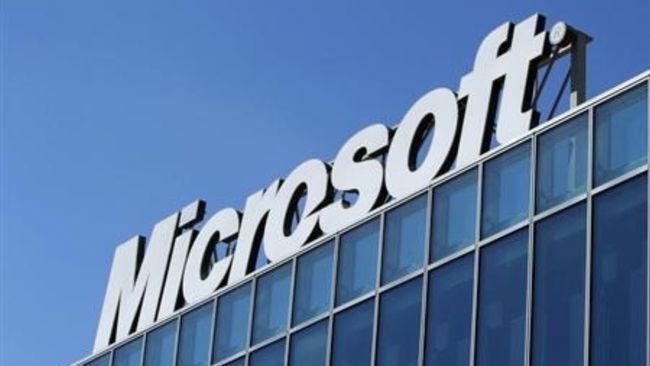 Redmond, Jan 25: Microsoft Corporation has announced that its profit went down 12 per cent year-on-year to USD 16.4 billion during the quarter ended December 2022 and that its revenue rose 2 per cent y-o-y to USD 52.7 billion in the reviewed period.

The company said in a statement that its operating income was USD 20.4 billion during the quarter, which is a decline of 8 per cent y-o-y over the figure in the corresponding quarter the previous year. Diluted earnings per share was USD 2.20, a drop of 11 per cent.

"The next major wave of computing is being born, as the Microsoft Cloud turns the world's most advanced AI (artificial intelligence) models into a new computing platform," said Satya Nadella, chairman and chief executive officer of Microsoft. "We are committed to helping our customers use our platforms and tools to do more with less today and innovate for the future in the new era of AI."

Both the figures of profit and revenue were below Wall Street expectations, according to FactSet. According to the New York Times in its report, Microsoft's share price initially shot up more than 4 per cent in after-hours trading, thanks largely to its cloud-computing business, but it lost those gains after Amy Hood, Microsoft's chief financial officer, said in a call with investors that new business slowed in December. The company also said that it expects growth to continue to slow in the current quarter, which ends March 31, as business customers continue to be cautious about buying new products.

The tech giant said its revenue in the intelligent cloud was USD 21.5 billion, which is increase of 18 per cent over figure of last year's quarter, according to the company's statement.

"We are focused on operational excellence as we continue to invest to drive growth. Microsoft Cloud revenue was USD 27.1 billion, up 22 per cent (up 29 per cent in constant currency) year-over-year as our commercial offerings continue to drive value for our customers," said Amy Hood, executive vice president and chief financial officer of Microsoft.

Revenue in Productivity and Business Processes was USD 17.0 billion and increased 7 per cent (up 13 per cent in constant currency). Constant currency refers to a fixed exchange rate that eliminates fluctuations when calculating financial performance figures.