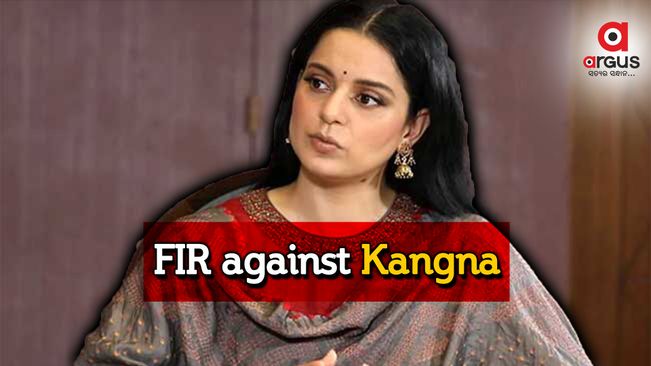 An FIR has filled against Kangana Ranaut and her sister Rangoli Chandel at Bandra Police Station on Saturday afternoon, based on a complaint filed before a metropolitan court for spreading communal hatred and falsehood.

The duo are booked under sections pertaining to committing malicious or deliberate acts with the intention of outraging religious feelings of citizens, sedition, promoting enmity between different groups on grounds of religion, race, place of birth, residence or language and common intention of the Indian Penal Code.

According to the officials the sisters through the tweets tried to “malign the Indian Constitution and image of the Maharashtra government, hurt sentiments of Muslims and tried to create division between Hindus and Muslims”.

The complaint was filled by Munawwar Ali Sayyed, a casting director and fitness trainer. From the past few months he is observing both the sisters on social media,  “they are continuously defaming Bollywood film industry and are portraying people working in Bollywood films as a hub of nepotism, favouritism, drug addicts, communally-biased people, murderers, etc” through her tweets and television interviews. “… (This) is creating a very bad image of Bollywood in the minds of people and even creating a communal divide and rift between people of two communities and in the mind of common man”.

Munawwar referred to various tweets by Kangana and specifically enhanced on one where she referred to Mumbai as POK (Pakistan Occupied Kashmir).