Karan brews quite a heady espresso for S7 of 'Koffee' 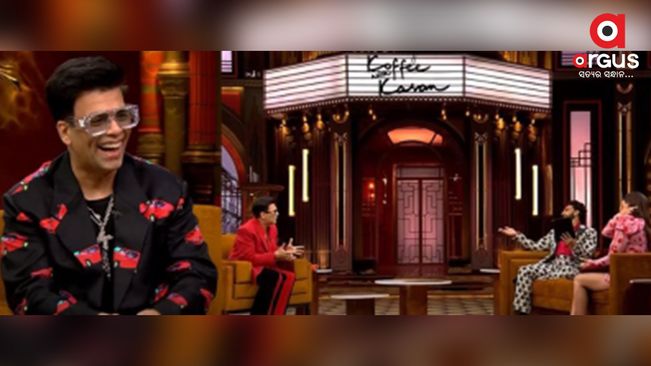 The trailer of the upcoming Season 7 of the popular chat show 'Koffee With Karan' was unveiled on Saturday.

Mumbai, Jul 2: The trailer of the upcoming Season 7 of the popular chat show 'Koffee With Karan' was unveiled on Saturday.

It offered a glimpse of some of the Bollywood stars who will be grace the couch and fight for the coveted coffee hamper -- Akshay Kumar, Anil Kapoor, Ranveer Singh, Alia Bhatt, Varun Dhawan, Janhvi Kapoor, Sara Ali Khan, Vijay Devarakonda, Samantha Ruth Prabhu, Shahid Kapoor and Kiara Advani, to name a few.

Show host and Dharma Productions head honcho Karan Johar, who will open each episode with a monologue on current events and trending conversations, said in a statement: "I'm excited to be back with Koffee With Karan for an all-new season, keeping up the promise of being the personal celebrity hotspot for over 18 years."

He added: "This will be a season of all-out candour for a galaxy of stars where there are no brakes to pull. If you want to catch the conversations before they become the next day's headlines, Disney+ Hotstar is your go-to destination every Thursday."

Along with its signature rapid-fire segment, the show has made new additions in the forms of 'Koffee Bingo' and 'Mashed Up'.

'Koffee With Karan' Season 7 will stream on Disney+ Hotstar from July 7 with new episodes dropping every Thursday. For viewers in the US, the show will be available exclusively on Hulu.