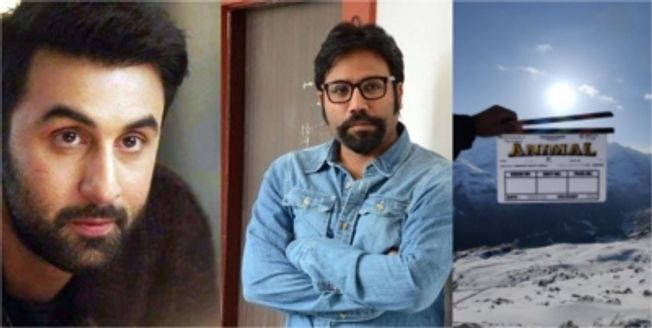 Sandeep Reddy Vanga, who made waves with his first film 'Arjun Reddy,' is gearing up to launch his next big project with Bollywood hero Ranbir Kapoor.

Hyderabad, April 22: Sandeep Reddy Vanga, who made waves with his first film 'Arjun Reddy,' is gearing up to launch his next big project with Bollywood hero Ranbir Kapoor.

The makers of this highly anticipated film, titled 'Animal' announced the formal launch of the movie, earlier on Friday.

'Animal', billed as an action-comedy, was released on Friday with a pooja ceremony. The shoot of the film began in the Himalayas as well.

As the title of the movie depicts the protagonist's tough personality, Sandeep Reddy prepared a first-of-its-kind and potential subject, well aware of the high expectations. He will be presenting Ranbir Kapoor in an entirely new role. In fact, Ranbir had a makeover for the film.

'Animal' is a pan-India project that will be released in all southern languages as well as Hindi.

The unusual pairing of Ranbir Kapoor and Sandeep Reddy Vanga has already generated a lot of interest in the project, which features some notable actors in key roles.

Top technicians will handle various aspects of the film, which will be released in theatres on August 11, 2023.

Bhushan Kumar and Pranav Reddy Vanga will produce the film on behalf of T-Series and Bhadrakali Pictures.