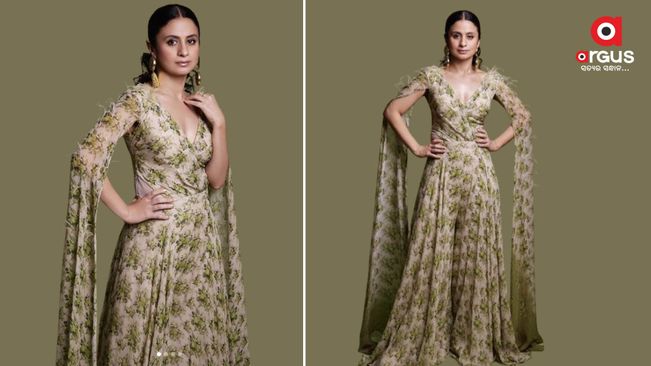 Actress Rasika Dugal, who made her acting debut with 'Anwar' in 2007, feels that there has been an evolution in terms of content related to women.

New Delhi, Sep 2: With women power taking the lead in the digital space with shows such as 'Delhi Crime' and 'Mirzapur', actress Rasika Dugal is happy with the kind of content that is being written about women as she feels that earlier the few "women centric" films was just an act of tokenism and just to check a box of feminism.

Asked how does she feel about women taking the lead in the OTT space and making content, Rasika in a conversation with IANS said: "I am very happy with the kind of content that is being written about women."

"A few years earlier, I used to feel that people are talking a lot about 'women centric' films. But I would always feel at some level, not with everything, but with a few projects I feel that it was just an act of tokenism... Just to check a box of feminism they (makers) would be like 'lets make this'."

Rasika, who is currently seen in the second instalment of the Netflix series 'Delhi Crime', added: "The script otherwise wouldn't have any nuance, wouldn't really try to explore about what the woman is going through but I feel that has changed."

The actress, who made her acting debut with 'Anwar' in 2007, feels that there has been an evolution in terms of content related to women.

"I feel that the characters written about women now... 'Delhi Crime' is a very good example of that are very nuanced. They are celebrating femininity, they are exploring what it is to like being a woman in this country," she said.

Rasika will next be seen in the third instalment of 'Mirzapur', where she will reprise the role of Beena Tripathi, wife of the dreaded gangster Kaleen Bhaiyya. (IANS)