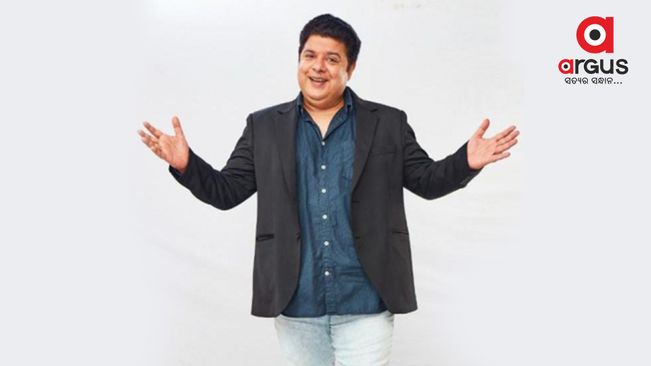 Filmmaker, comedian and actor Sajid Khan, whose was last heard in connection with the #MeToo controversy that rocked the entertainment world some years ago, has now entered the Salman Khan-hosted reality show 'Bigg Boss 16'.

New Delhi, Oct 2: Filmmaker, comedian and actor Sajid Khan, whose was last heard in connection with the #MeToo controversy that rocked the entertainment world some years ago, has now entered the Salman Khan-hosted reality show 'Bigg Boss 16'.

Sajid is known for his movies 'Housefull' and 'Housefull 2', and also for his roles in 'Jhooth Bole Kauwa Kaate', 'Main Hoon Na' and 'Mujhse Shaadi Karogi'.

After coming on to the stage, Sajid told Salman Khan that he has been sitting at home for four years and he now wants to develop a bond with the audience once again through this show.

He revealed that he is open to do all tasks and try to be humble and polite inside the house. Sajid said his sister, famous choreographer and director Farah Khan, had adviced him to show his real side on the show.

Shehnaaz Gill, meanwhile, sent a video message for him saying that he should have a lot of fun and not fight. Sajid said Shehnaaz is like a younger sister to him.