Shraddha Kapoor: 'I hold it strongly against animal cruelty' 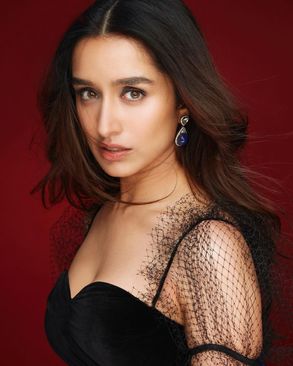 Mumbai, Feb 10: Actress Shraddha Kapoor says as a celebrity she feels responsible to express her voice on issues that are close to her heart including animal cruelty.

"I think for me, when it comes to voicing my opinion, I only do it for the cause or issue that is close to my heart. I genuinely feel about animal welfare, I hold it strongly against animal cruelty," Shraddha told IANS.

"When the new rule came on, punishing the offender with Rs 75,000 and five years of jail, I supported that. I turned vegetarian because internally that realisation happened to me, and that is also a way to change my lifestyle while standing against animal cruelty," she continued.

"I am also against deforestation and that was the reason even in the rain, I was standing and supporting save the Aarey campaign. On that front too, a positive result came that we see. So yes, as an artiste I do express my opinion on issues, when I feel strongly about them and I have sound knowledge on them," she declared.

Last year Shraddha was among Bollywood celebrities along with Dia Mirza and Swara Bhaskar who supported the campaign #SaveAarey and also welcomed the decision of the state government on the announcment of relocation of the Metro rail shed from Aarey colony to Kanjurmarg.