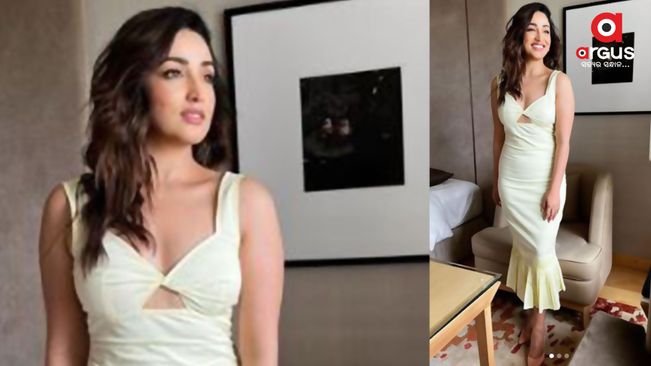 Mumbai, Nov 18: Bollywood actress Yami Gautam Dhar's investigative drama thriller movie 'Lost' will have its special screening at the soon to be held 53rd edition of the International film Festival of India.

IFFI shared the information about the film's screening via Twitter. They shared a video of the actress in which she can be heard saying: "Greetings! I know all of you are very excited for my film 'Lost'. I'm eagerly waiting to meet everyone at the Asian premiere of 'Lost' organised by IFFI. Let's meet on November 23."

The film, directed by Aniruddha Roy Chowdhury of 'Pink' fame, will be screened at 6 p.m, IST on November 23 at INOX Panjim.