75% Indians below 50 at risk of heart attack 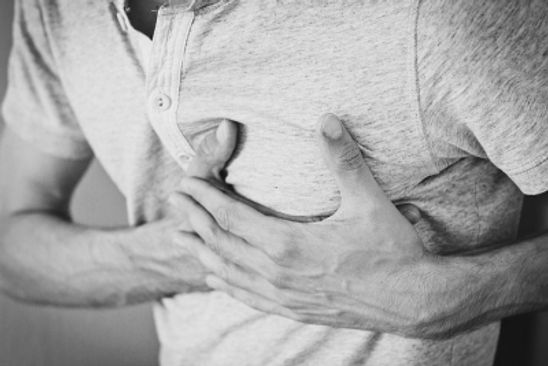 With nearly 75 per cent population aged below 50 years at risk of suffering from cardiac arrest, heart complications are a major endemic that India cannot afford to ignore, say doctors on World Heart Day.

Hyderabad, Sep 29: With nearly 75 per cent population aged below 50 years at risk of suffering from cardiac arrest, heart complications are a major endemic that India cannot afford to ignore, say doctors on World Heart Day.

Studies by medical professionals across the country indicate that at least 25 per cent of Indians aged below 40-years are at the risk of suffering from heart attack or any other serious heart-related complications; and this risk increases to 50 per cent of population between 40 and 50 years of age.

Doctors strongly recommend that India must encourage healthy eating and active living among the youth and middle-aged population. Steps must be taken to ensure the surge in heart attack cases in relatively young population is arrested on an urgent basis. Increase in stress levels and improper lifestyle are two major avoidable reasons for the rise in heart-related ailments.

"India's rating is poor on many social parameters, and this is a major reason for more and more people being pushed further deep into stressful situations with each passing year. These societal problems coupled with personal issues are major cause for people suffering from mental stress which has a direct impact on their heart. While more men are considered victims of this problem, women are more vulnerable, and mortality rate is also higher among women in our country," said M. Sai Sudhakar, Chief Interventional Cardiologist, Gleneagles Global Hospital.

V. Hariram, Senior Interventional Cardiologist, SLG Hospitals pointed out that Indians are habitual consumers of trans fat, and this along with poor lifestyle, irregular working times, alcoholism, smoking tobacco, increases risk of heart disease and makes such individuals highly vulnerable. "There is a considerable increase in the number of sudden heart attack cases which could be due to hormonal imbalance that could trigger diabetes, hypertension, and heart disease. It is important people do not ignore any early warning signs of a potential heart problem and seek medical advice in time," he added

Rajeev Garg, Senior Consultant Interventional Cardiologist, Aware Gleneagles Global Hospital believes that certain simple yet highly effective steps could possibly decrease the risk of heart attack among young Indians. "Regular walk and moderation in food habits are the simplest yet powerful habits people can inculcate to reduce risk to their hearts considerably. Every individual has a different body make and has a different ability to bare stress but maintaining proper lifestyle and staying physically active is the best one can do to reduce risk," he said

Doctors strongly recommend that people must not ignore early warning signs like breathlessness, chest pain, excessive sweating, dizziness etc., and seek medical care in time. It is also important that obese individual and those with pre-existing health complications quit smoking and stop consuming alcohol (if they have both these habits). It is also advised that young people in 30s with a family history of cardiovascular diseases undergo medical checkups regularly.
(IANS)