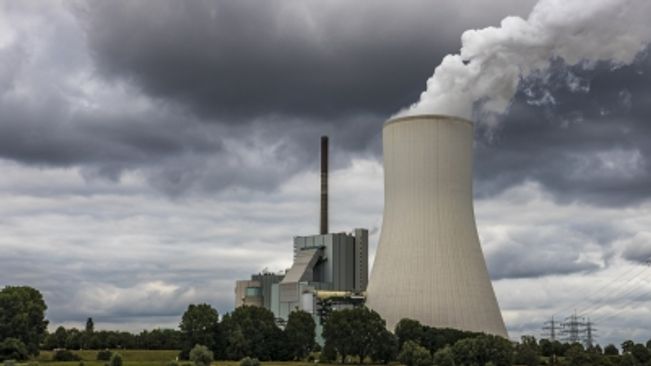 Residents of Delhi, Mumbai, Kolkata, Bengaluru and Chennai would experience some of the worst health and economic impacts from coal related pollution.

New Delhi, Sep 29: Residents of Delhi, Mumbai, Kolkata, Bengaluru and Chennai would experience some of the worst health and economic impacts from coal related pollution compared to those living in other major cities around the world, new research released on Wednesday has found.

The report 'Coal-free cities: the health and economic case for a clean energy revolution' examined India's existing coal power plants and the proposed expansion plans in the years to come.

"Under the current plans, major Indian cities would suffer 52,700 premature deaths, 31,300 preterm births, 46,800 asthma emergency hospital visits and 25.8 million days of sick leave over the next decade in these five cities," the research released by C40 Cities said.

Air pollution from coal-fired power plants travels long distances and all of the coal plants within a wider geographical area (here defined as 500 kms) put urban residents' health at risk, especially the young, the elderly and pregnant women.

The report suggests that state and national governments' air quality plans should incorporate an early retirement of coal, starting with the oldest and most polluting units, alongside investing in clean energy instead of building new coal plants. India has already committed in its Nationally Determined Contribution (NDC) that it will be going in for 450 GW of renewable energy and reduce the use of coal power plants.

C40's research shows that retiring 20 per cent of existing coal plants (approximately 46.5 GW of old coal) and stopping the construction of new coal power near Delhi, Mumbai, Kolkata, Bangalore and Chennai would have significant benefits between 2020-2030.

Apart from the adverse impacts mentioned above in case of continued coal power usage, the study also estimated that the coal expansion would result in a total of 48,900 life-years lived with disabilities.

Air pollution impacts urban economies through a reduction in labour productivity and an increase in employee absence, leading to economic losses and increasing health costs, the study said, adding, "In India, business leaders estimate that employee productivity decreases by 8-10 per cent on high pollution days. Our research suggests that around 25.8 million sick days could be caused by air pollution exposure from coal power plants in major Indian C40 cities between 2020-2030 if the current proposed expansion of coal capacity takes place. Over the coming decade, the economic health costs associated with coal pollution is estimated at 46.5 billion USD, more than twice as much as India's total public health expenditure in 2018."

The move to reduce coal and increase renewable, clean energy can reduce India's total annual GHG emissions by 11 per cent (274 MtCO2 of emission savings) per year, which would be the equivalent of taking 60 million vehicles off the road for a year, it said.

C40 Cities has, together with the University of Maryland and the Centre for Research on Energy and Clean Air (CREA), a think tank based in Delhi, modelled a plant-by-plant retirement scenario for India that considers the age, technology, profitability, operating hours, water, and air pollution impact in order to identify how a coal phase-out could be structured to minimise economic losses by retiring the least competitive coal plants first.

A clear plan for how plants could retire over the next 25 years also provides coal asset owners and coal industry-employees with time to adapt to structural changes.

Based on our modelling, coal use in India must peak at the latest this year and reduce by 20 per cent between 2021 and 2030, with the entire fleet of Indian coal plants being retired by the year 2045 to reduce emissions in line with a 1.5 degrees C climate scenario. This scenario can support India to go beyond its current climate commitments, while drastically improving urban air quality and minimising economic losses.

"India's current national coal policies fall dramatically short given that current plans would expand the coal fleet by 28 per cent between 2020 and 2030 not reduce it by 20 per cent, which global 1.5 degrees C-compliant climate targets require. Current coal plans could increase the number of annual premature deaths from coal-related air pollution in major Indian cities by 60 per cent," said head of knowledge and research at C40, Dr Rachel Huxley.

"A transition to clean energy is not only critical for Indian cities to reduce air pollution, improve their residents' health and deliver their climate targets, aligned to Paris Agreements but also to create jobs," according to Regional Director C40, South and West Asia, Shruti Narayan.

The Government of India has been running the Ujjwala scheme that aims at cutting down fuel wood and/or coal in cooking by replacing it with gas cylinders; India has shifted from Bharat IV to VI for vehicle fuels and then an array of measures in the field of renewable energy.

"India has already targeted more on renewable energy, we are already having battery operated vehicles, there is a lot of focus on solar for agriculture use. Plus, not all coal power plants are working at full capacity. We are much ahead of the global community in cutting down thermal emissions. If we continue with this pace, obviously the projections that these studies are giving would fail," said Project lead, air quality early warning system at the Indian Institute of Tropical Meteorology (IITM), Pune Professor Sachin Ghude.