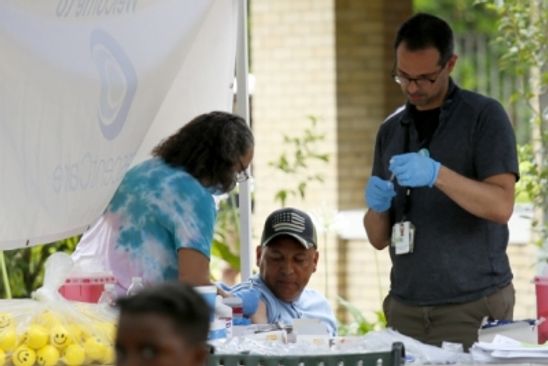 Washington, July 13: The US Food and Drug Administration (FDA) added a new warning on the Johnson & Johnson Covid-19 vaccine, saying the jabhas been linked to a serious but rare side effect called Guillain-Barre syndrome.

The syndrome has occurred in some people who have received the Johnson & Johnson vaccine, the FDA in a letter on Monday.

In most of these people, symptoms began within 42 days following injections of the vaccine, it added.

The chance of having this occur is very low, the agency said.

About 100 preliminary reports of Guillain-Barre syndrome have been detected in vaccine recipients after the administration of 12.8 million doses of the Johnson & Johnson jab in the US, The Washington Post quoted the Centers for Disease Control and Prevention (CDC) as saying in a statement.

Of these reports, 95 were serious and required hospitalization, and one had dead.

The cases have largely been reported about two weeks after vaccination and mostly in men, many aged 50 and older, according to the CDC.

Johnson & Johnson said on Monday it has been in discussions with the FDA and other regulators about rare cases of Guillain-Barre syndrome.

The chance of having this occur is very low, and the rate of reported cases exceeds the background rate by a small degree, the company said in a statement.