2021 Nobel for Medicine awarded for discovery of temperature, touch receptors 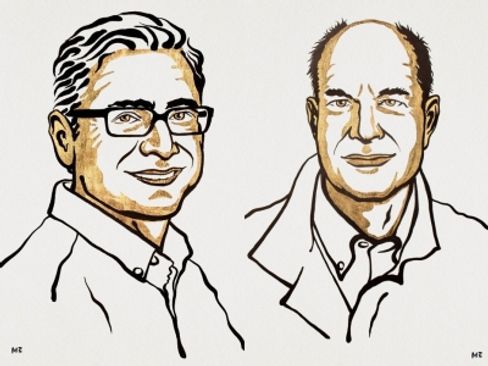 The Nobel Prize in Physiology or Medicine 2021 has been jointly awarded to David Julius and Ardem Patapoutian for their discoveries of receptors for temperature and touch.

Stockholm, Oct 4: The Nobel Prize in Physiology or Medicine 2021 has been jointly awarded to David Julius and Ardem Patapoutian for their discoveries of receptors for temperature and touch.

The Nobel laureates' discoveries have unlocked one of the secrets of nature by explaining the molecular basis for sensing heat, cold and mechanical force, which is fundamental for our ability to feel, interpret and interact with our internal and external environment.

Julius utilised capsaicin -- a pungent compound from chili peppers that induces a burning sensation, to identify a sensor in the nerve endings of the skin that responds to heat, while Patapoutian used pressure-sensitive cells to discover a novel class of sensors that respond to mechanical stimuli in the skin and internal organs, the Nobel Assembly at Karolinska Institutet said in a statement.

"These breakthrough discoveries launched intense research activities leading to a rapid increase in our understanding of how our nervous system senses heat, cold, and mechanical stimuli. The laureates identified critical missing links in our understanding of the complex interplay between our senses and the environment," the statement added.

Julius is from University of California, San Francisco and Patapoutian from Howard Hughes Medical Institute, Scripps Research in US.

Due to the uncertainty of the ongoing Covid-19 pandemic, this year's Nobel Prize laureates will receive their awards in their home countries for the second year running, the Nobel Foundation had announced.

The traditional banquet will be cancelled, but the award ceremony will be held at Stockholm's City Hall on December 10 in the presence of a local audience, Xinhua news agency quoted the Foundation as saying in a statement recently.

"I think everybody would like the Covid-19 pandemic to be over, but we are not there yet," Vidar Helgesen, Executive Director of the Nobel Foundation, was quoted as saying in the statement.