Fire breaks out at shopping mall in Russian city 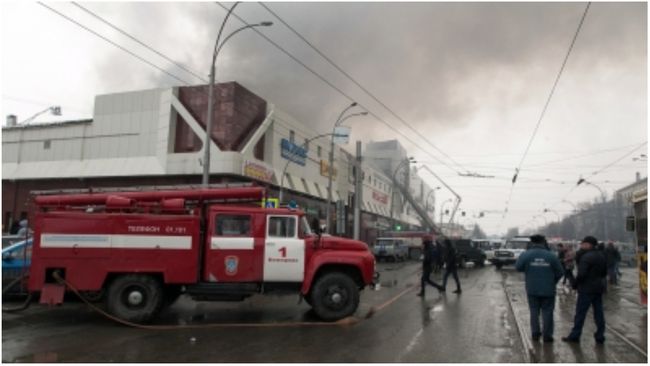 Moscow, Dec 9: A massive fire broke out at a shopping mall in the Russian city of Khimki and has so far spread to an area of 18,000 square meters, officials said on Friday.

According to Russia's state-run TASS News Agency, a column of black smoke was seen above the building's section housing a store of OBI, a retail chain of home improvement supplies.

"At present, the entire building is ablaze, the fire has spread to around 18,000 square meters," a rescue source told TASS.

According to an emergency worker, a short circuit might have caused the blaze.

"An explosion caused the fire to spread," the worker said.

The exact reason will be ascertained in a probe to be conducted after the blaze is put out.

There were no immediate information on casualties or injuries.