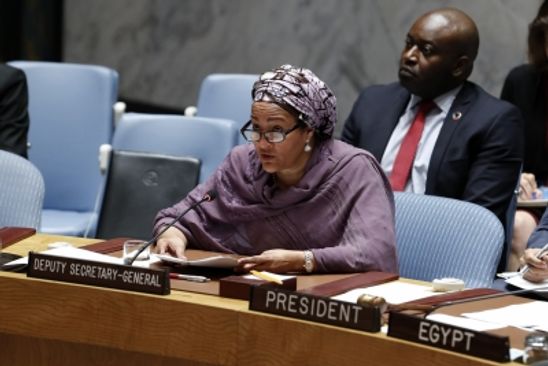 "You have risen to the forefront as advocates and innovators in bringing sustainable energy solutions to homes, communities and countries. As we now seek to recover from the impact of the pandemic, it is important that we recover better with sustainable energy for all," Mohammed said.

The UN deputy chief said that this year will be "critical" for the realisation of Goal 7 of the 17 Sustainable Development Goals (SDG), which calls for affordable, reliable, sustainable and modern energy for all.

"A key priority of the UN this year is to build a global coalition for carbon neutrality by the middle of the century. Young people will have a critical role to play.

"We have all been inspired by the transformational leadership of youth -- coming together in solidarity and compassion to demand intergenerational justice and bold action on the climate emergency," said Mohammed.

The eputy Secretary-General noted that current data shows that "we are not on track to achieve SDG7".

She noted that for the first time, the high-level dialogue at the UN General Assembly in September will focus on energy.

The UN Climate Change Conference, COP26, which will take place in Glasgow in November, will provide another major political pressure point to act on a just transition.