I have been made a scapegoat: Ex-Af President Ashraf Ghani 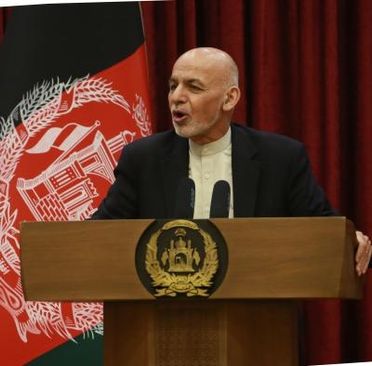 Afghanistan's former president Ashraf Ghani has defended his decision to flee the country.

New Delhi, Dec 30: Afghanistan's former president Ashraf Ghani has defended his decision to flee the country as the Taliban closed in earlier this year, saying he did it to prevent the destruction of Kabul, BBC reported.

The Taliban seized power in August after taking control of the capital.

Ashraf Ghani revealed that when he woke up on August 15 he had "no inkling" it would be his last day in Afghanistan.

It was only when his plane left Kabul that he realised he was going, Ghani said on BBC Radio 4's programme.

He was heavily criticised and accused of abandoning the country at the time. He is now in the United Arab Emirates.

Three months on, Ghani says he is willing to take the blame for some things which led to the fall of Kabul - like trusting "in our international partnership".

However, he added: "My life work has been destroyed. My values had been trampled on. And I have been made a scapegoat."

As the day started, Ghani recalled, Taliban fighters had agreed not to enter Kabul - "but two hours later, this was not the case".

"Two different factions of the Taliban were closing in from two different directions", Ghani explained. "And the possibility of a massive conflict between them that would destroy the city of five million and bring havoc to the people was enormous."

The "terrified" chief of the presidential security came to him to say that if Ghani took a stand, "they will all be killed".

"He did not give me more than two minutes," Ghani said. "My instructions had been to prepare for departure for [the city of] Khost. He told me that Khost had fallen and so had Jalalabad, the report said.

"I did not know where we will go. Only when we took off, it became clear that we were leaving [Afghanistan]. So this really was sudden."

Ghani acknowledged mistakes were made, including "assuming that the patience of the international community would last".

However, he pointed to the agreement made between the Taliban and the US under then-President Donald Trump, which paved the way for the events leading to August 15.

"Instead of a peace process, we got a withdrawal process," Ghani said. The way the deal was done, Ghani added, "erased us".
(IANS)