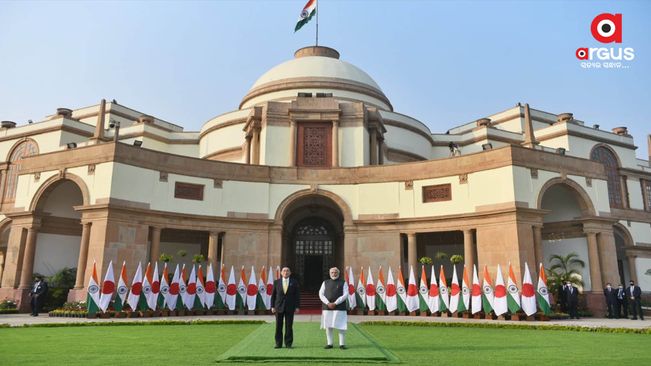 Japanese PM Fumio Kishida stated that the world has been shaken today due to many disturbances, it's very important for India and Japan to have a close partnership.

Kishida in a statement said Modi discussed the situation in Ukraine. "Russia's attack on the Ukraine is a serious issue which has shaken the international world order," Kishida said.

However, Modi did not made any comments over the ongoing Russia and Ukraine War which has reached 24th day.

The Japanese Prime Minister further stated that the world has been shaken today due to many disturbances, it's very important for India and Japan to have a close partnership.

"We expressed our views, talked about the serious invasion of Russia into Ukraine. We need a peaceful solution on the basis of international law," Japanese PM said.

He further stated that India and Japan should increase efforts for an open and free Indo-Pacific region.

"Japan, along with India, will keep trying to end the war and keep providing support to Ukraine and its neighbouring countries," he said.

Kishida arrived in Delhi on a two-day visit to take part in the 14th India-Japan Annual Summit on Saturday.