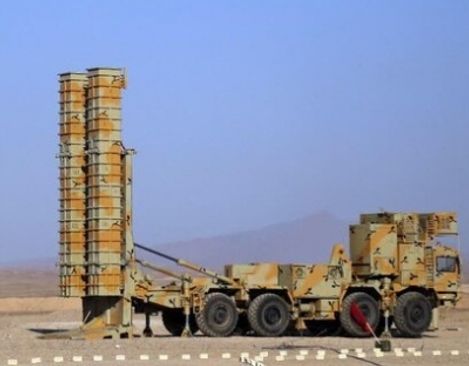 Iran on Sunday unveiled an "upgraded version" of the Bavar-373 (Belief-373) surface-to-air missile system with a range of more than 300 km.

Tehran, Nov 7: Iran on Sunday unveiled an "upgraded version" of the Bavar-373 (Belief-373) surface-to-air missile system with a range of more than 300 km.

The unveiling ceremony was attended by Iranian Defense Minister Mohammadreza Ashtiani, during which the system was successfully tested by launching a long-range Sayyad B4 (Hunter B4) missile, Xinhua news agency reported, citing a report by IRNA news agency.

Prior to the upgrade, the Bavar-373 missile system was capable of detecting, tracking and hitting targets at ranges of 350 km, 260 km, and 200 km respectively.

On the sidelines of the ceremony, the production line of the Sayyad B4 missiles, which run on combined solid fuel, was also inaugurated.