Kabul airport to be ready for int'l flights soon: Official 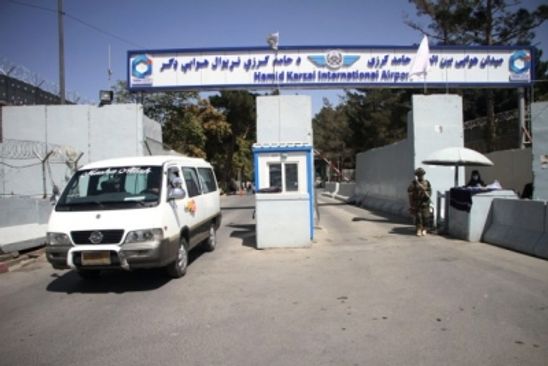 "Domestic flight operations have already started and the international flights would begin soon and efforts are underway to remove the remaining 10 to 15 per cent technical problems at the airport," Xinhua news agency quoted Hamadani as saying in a video clip on Monday.

He made the remarks after a Pakistan International Airlines (PIA) plane landed at the Kabul airport earlier in the day.

The airport was damaged with its many facilities destroyed during the withdrawal of the last US-led forces and American nationals on August 31, according to Hamadani.

He also confirmed that the airport has received planes carrying humanitarian assistances from Qatar, Bahrain, the United Arab Emirates, Uzbekistan, Kazakhstan and Pakistan, adding that similar flights from Russia and Turkey are expected to arrive in the coming days.

Meanwhile, a TOLO News report on Monday said that the airport's security employees, including female staffers, have returned to their jobs.

According to the employees, operations at the airport are returning to normal and they resumed work after the Taliban asked them to do so.

Lida, one of the 100 female security employees at the airport, said she is happy to return to her job after more than two weeks of staying at home.

"We were about to get a salary but then the Taliban came and we did not receive our salaries. Now we are working for free," she said.

Another staffer, Zahra Amiri said: "We are happy that they asked us to resume our work. We want the government to pay us a salary from now on."
(IANS)