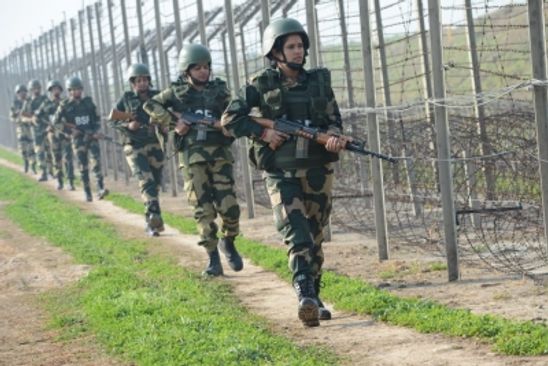 Jammu, Feb 6: Three Pakistani smugglers have been neutralised on the International Border (IB) in the Samba sector of Jammu and 36 packets of narcotics were recovered from them, BSF said on Sunday.

"In the early hours of 6 Feb, the alert troops of BSF Jammu neutralized three Pak smugglers who were trying to smuggle Narcotics through Samba International border," BSF said.

The Border Security Force (BSF) said a big smuggling attempt was thwarted and 36 packets (Approx 36 kgs) of narcotics, likely to be heroin, were recovered from them.

"The search of the area is in progress," BSF said.