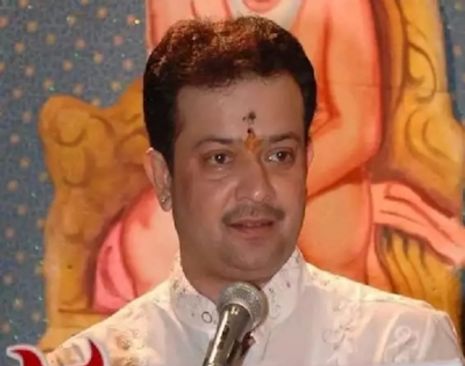 Bhopal, Jan 29: Three years after model-turned 'spiritual leader'- Bhaiyyu Maharaj died by suicide, a district court of in Madhya Pradesh on Friday sentenced three convicts, including a woman for six years of imprisonment in the case.

Three persons - Palak Puranik, Vinayak Dudhade and Sharad Deshmukh have been convicted for abetment of suicide criminal conspiracy and extortion of money by an Indore district court.

In a 50-page judgment, additional sessions judge Dharmendra Soni observed that the submission of prosecution witnesses proved that Puranik, Dudhade and Sharad Deshmukh were "mounting pressure" on Bhaiyyu Maharaj to marry Puranik. They were also "mentally torturing and threatening" him for money.

Bhaiyyu Maharaj had shot himself with his licensed with licensed pistol at his bungalow in Silver Springs township in Indore on June 12, 2018. Seven months later, his three close aides (convicts) were arrested by Indore police.

"Puranik was an attendant of Bhaiyyu Maharaj, and therefore their relationship was that of master-servant, but she used to keep her dresses in his almirah and share the room with him. Puranik also dissuaded him from marrying another woman, which showed that she was in the position to exert pressure on him," the court observed.

"A servant prevails over the will of his master only when he or she is aware of his weakness," the court added.

The suicide had made headlines as Maharaj was a high-profile spiritual figure and some prominent politicians from Madhya Pradesh and Maharashtra were among his followers. He was among those five "spiritual leaders", who were accorded with cabinet minister rank by the Shivraj Singh Chouhan government.

The prosecution probed that the accused used to give sleeping pills or sedative drugs besides his regular medicines to Bhaiyyu Maharaj, the court said.

"Hence, it cannot be expected that he wrote the suicide note in a sound state of mind as he was already under the influence of sleeping pills and also facing pressure from the accused," the court said.

Earlier, during the trial, a psychiatrist had told the court that Bhaiyyu Maharaj was taking psychotropic medication along with sleeping pills.