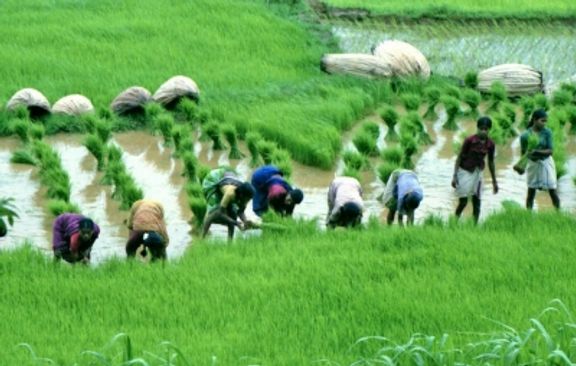 The Ministry of Agriculture is open to making pro-farmer changes in Pradhan Mantri Fasal Bima Yojana (PMFBY) in response to the recent climate crisis and rapid technological advances.

Secretary, Agriculture and Farmers Welfare, Manoj Ahuja said, since farming is exposed directly to such climatic catastrophes, it is important and critical to protect the vulnerable farming community of the country from the vagaries of nature.

"As a result, demand for crop insurance is likely to increase and therefore we need much more emphasis on crop and other forms of rural/agricultural insurance products to provide sufficient insurance protection to the farmers in India," he added.

Ahuja pointed out that after the introduction of PMFBY in 2016, the scheme brought in comprehensive coverage of all the crops and perils, from the pre-sowing to post harvest period which was not included in previous schemes of National Agricultural Insurance Scheme(NAIS) and Modified NAIS.

He said, several new fundamental features were also added during its revision in 2018, such as increasing the crop loss intimation period for farmers from 48 hours to 72 hours, keeping in mind that damage signatures disappear or are lost in case of localised calamities after 72 hours.

Similarly, post its revamp in 2020, the scheme added voluntary enrolment and inclusion of add on cover for wildlife attack, to make the scheme even more farmer friendly.

The officer also clarified that some states have opted out of the scheme primarily due to inability to pay their state share of premium subsidy due to financial constraints, and it must be noted that post resolution of their issues, Andhra Pradesh joined back the scheme from July 2022 onwards and it is expected that the other states are also considering to join the scheme to provide comprehensive coverage to their respective farmers.

Delving into detail of the contribution of Centre and State in the premium, Ahuja pointed out that in the last six years, only Rs 25,186 crore has been paid by farmers wherein Rs 1,25,662 crore has been paid to the farmers against their claims, with central and state governments bearing most of the premium under the scheme.

It is to be noted that the acceptability of the scheme has increased amongst the farmers in last six years, with the share of non-loanee farmers, marginalised farmers and small farmers increasing by 282 per cent since the initiation of the scheme in 2016, the Secretary added.