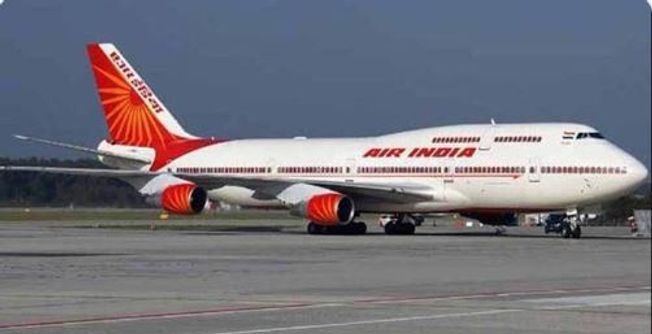 New Delhi, Jan 24: Air India has reviewed its existing in-flight alcohol service policy, and made some adjustments for better clarity.

The move came after the airline drew flak following the 'pee-gate' incident, wherein a flyer named Shankar Mishra reportedly urinated on an elderly female passenger in a drunk state on board a New York-New Delhi flight in Novermber last year. Mishra is presently under judicial custody.

"We have reviewed our existing in-flight alcohol service policy, taking reference from other carriers' practices and inputs from the US National Restaurants Association's (NRA) guidelines. These were largely in line with Air India's existing practice, though some adjustments have been made for better clarity. Also, NRA's Traffic Light system has been included to help the crew recognise and manage possible cases of intoxication," an Air India spokesperson said on Tuesday.

The airline said that the new liquor policy has been included in the training curriculum.

"The new policy has now been promulgated to the crew and has been included in the training curriculum. Air India remains committed to the safety and well-being of our passengers and cabin crew, including but not limited to the responsible service of alcohol," said the spokesperson.

Earlier, Air India had said that the alleged perpetrator in the November 26 peeing case had not been served excessive alcohol by the crew, adding that he did not appear intoxicated to the crew.

"In light of the mitigating circumstances and the financial detriment already incurred by the crew during their period of de-rostering, Air India deems the licence suspension of the Commander as excessive and will be assisting him with an appeal," said Air India.

On January 20, aviation regulator DGCA had imposed a fine of Rs 30 lakh on Air India and suspended the licence of the pilot-in-command of the New York-New Delhi flight. The regulator had also imposed a penalty of Rs 3 lakh on the director of in-flight services of Air India for failing to discharge her duties.

As per the regulator, the incident of passenger misbehaviour which occurred on the AI-102 flight on November 26, 2022 came to the notice of DGCA on January 4, 2023. (IANS)