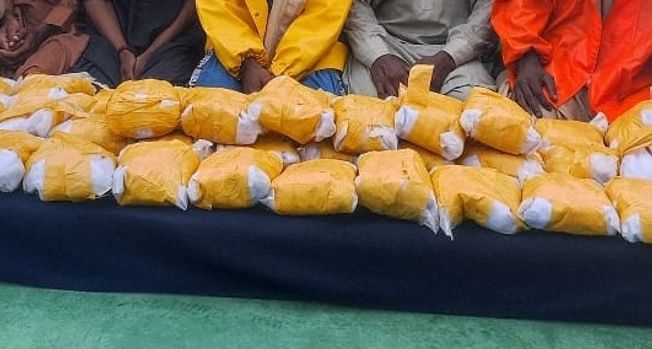 The police on Tuesday night recovered yaba tablets from a vehicle which was coming to Assam from Mizoram on the Silchar-Aizawl national highway.

Superintendent of Police, Cachar, Numal Mahato said they received a tip-off that that a huge cache of narcotics were brought in a passenger vehicle.

Based on that, the Cachar police launched an operation and scrutinised all the vehicles that were coming from Mizoram towards Assam.

He said that the said vehicle had many built-in secret chambers to carry the drugs.

"It took a long time for the police to recover all the narcotic substances from the vehicle. As per our estimate, the cost of the yaba tablets in the international market should be around Rs 160 crore," Mahato added.

Six people, including a woman and child who were on board the vehicle, have been arrested and a case was also registered.

Regarding the origin of the drugs, Mahato said that it might have from the India-Myanmar border to Mizoram, although the actual place could not be immediately ascertained.