Bihar's capital flooded due to overnight rain on Saturday 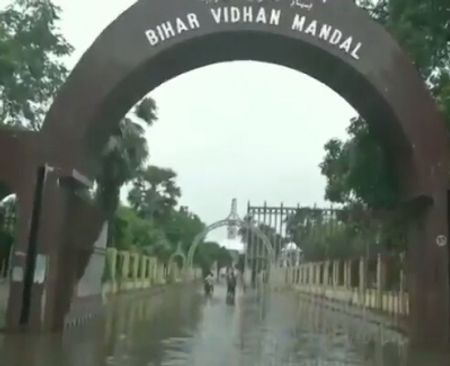 Patna, June 26: Water-logging has occurred at several places in Patna due to overnight rain on Saturday.

Water accumulated up to knee level in several posh areas including Rajvanshi Nagar, outside Patna airport and Boring Road. The official residence of deputy CM Renu Devi and the Bihar Vidhan Sabha also got flooded due to the heavy rain. Residents in these localities are facing huge problems.

According to a met department official, 145.5 mm rain was recorded on Saturday morning. The met department has also predicted heavy rain in the next 72 hours.

"We have initiated an orange alert in 15 districts including Patna, Bhojpur, Gaya, Rohtas, Kaimur, Vaishali, Saran, Muzaffarpur and others. We have alerted people to avoid open areas, agricultural fields, standing under the trees during rain fall. There is a prediction of thunderstorms with lightning in those districts," the official said.

The municipal body had claimed that water-logging will not take place in Patna this year. With the overnight rain, the officials are facing criticism by the affected residents.
(IANS)