In the current round of state elections, the BJP appears to be able to maintain support said by an official from the United States | Argus News 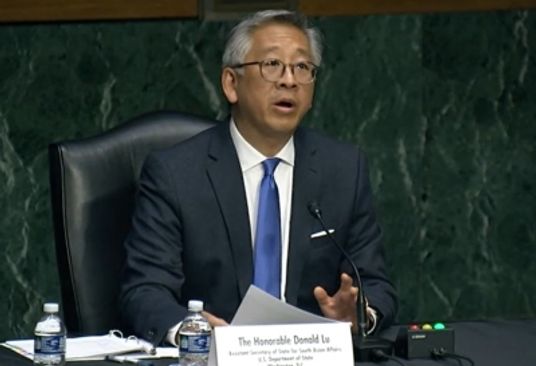 The Bharatiya Janata Party (BJP) appears to be able to retain its support in the current round of state elections in India, according to a US State Department official in charge of the region.

New York, March 3: The Bharatiya Janata Party (BJP) appears to be able to retain its support in the current round of state elections in India, according to a US State Department official in charge of the region.

"I think we're going to see in the election returns that come out in March, later this month, that the current ruling coalition retains a lot of authority in India," Donald Lu, the Assistant Secretary of State for South Asia, said at a Senate panel hearing in Washington on Wednesday.

"Prime Minister (Narendra) Modi and his party appear to me as an observer from the outside to retain a lot of support within the country," he said.

The BJP held the government by itself in four of the six Indian states are having their elections, and in one in a coalition, while the Congress was the ruling party in one.

Lu said that for the opposition to be effective, the Congress party will have to find its message and its leadership.

"I think the Congress Party is really trying to find its identity again, I think it's searching for its appropriate leaders and its message to the Indian public. And I think until the Congress Party is able to do that, it's gonna be very hard for the opposition to coalesce and to reform," he said.