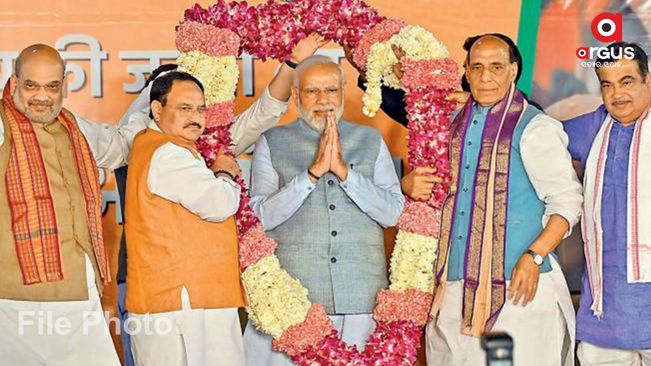 New Delhi, Jan 16: The two-day national executive meeting of BJP will begin at the NDMC Convention Centre in New Delhi on Monday.

On the first day of the national executive meeting, PM Modi will hold a roadshow in the afternoon from Patel Chowk to Parliament Street in the national capital.

Nadda's tenure as BJP president, which is ending on January 20, will also be granted an extension during the meeting.

Prime Minister Modi will address the concluding session of the meeting on Tuesday.

The BJP national executive meeting is significant in view of the upcoming assembly elections in different states as well as the 2024 Lok Sabha elections.

In this meeting, the saffron party will chalk out its strategy for the poll bound states and Prime Minister Modi will give the mantra of victory to the BJP leaders, party sources said.