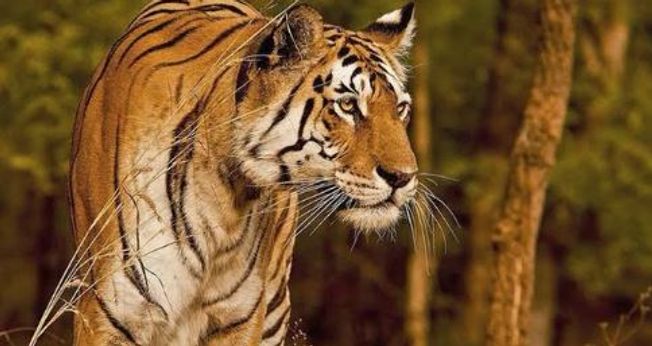 The body of a tiger was found floating in a river in the buffer zone of Pench National Park -- a tiger reserve in Madhya Pradesh, officials said on Saturday.

Bhopal, Oct 1: The body of a tiger was found floating in a river in the buffer zone of Pench National Park -- a tiger reserve in Madhya Pradesh, officials said on Saturday.

Shockingly, the big cat's paws were missing, and the incident has come to the light on a day (October 1) when all six tigers reserves in the state were reopened for tourists.

The forest officials received a call from the local residents early on Saturday that the carcass of a tiger was floating in Pench river between Badal Par and Lonar Pindari region.

The tiger was aged around 3.

On receiving information, the forest officials reached the spot and recovered the tiger's body.

Officials suspect the tiger may have died of electrocution due to use of electric wire for fishing by local villagers.

Sources told IANS that all four claws were found missing, giving a reason to forest officials to assume that the tiger was either poached for claws, or the villagers must have severed it after finding the body.

However, what exactly caused the death of adult tiger was yet to be known from the officials of Pench Tiger Reserve.

It needs to be mentioned that poaching of tigers or other wild animals had been a major threat to tiger conservation in this area.

It is also said that self-styled 'tantriks' extract paws, claws and whiskers to cast spells and make money from it.

Talking to IANS, Ajay Dube, a Madhya Pradesh based wildlife activist, said: "Not only this particular tiger but all those are killed or being poached in every tiger reserves in Madhya Pradesh, is occurring because of gross negligence. More, ironically, the forest officials can not do anything. To ensure the security of tigers in MP, Centre government in 2008 had approved a policy to recruit a Special Tiger Protection Force ( STPF), which not implemented by the state government."

He further said that MP's tiger reserves like Kanha, Bandhavgarh and Pench are highly sensitive zone and poaching had been a regular incidents for the last many years.

"Due to dense forest area and number of tigers and other wild animals, these zones are highly sensitive. Such incident won't stop until STPF are deployed in forest areas and every time we would just counting number of tigers died in MP," Dube added.