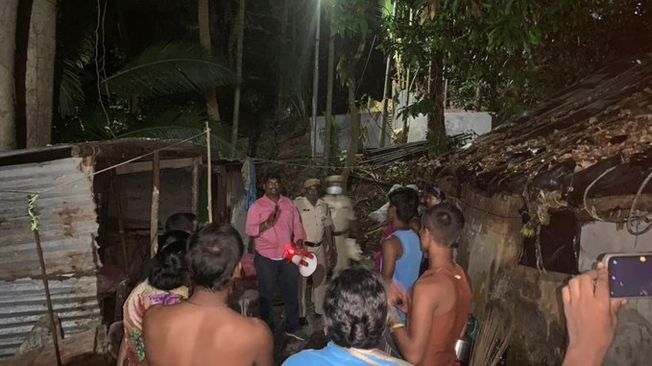 The Centre today deployed six teams of NDRF in view of the impending Cyclone Asani near the Andaman and Nicobar Islands on March 21.

New Delhi/Port Blair, Mar 19: Even as heavy rainfall lashed Nicobar Islands during the last 24 hours, the Centre on Saturday deployed six teams of the National Disaster Rescue Force (NDRF) in view of the impending Cyclone Asani near the Andaman and Nicobar Islands on March 21.

Apart from deployment of NDRF teams, the local administration initiated sensitisation programmes for vulnerable fishermen colonies against the danger due to the Cyclone Asani and evacuated them to safer places, as per the Deputy Commissioner, North & Middle Andaman.

Unsafe and loose structures were also removed to prevent any hazard owing to randomly flying sharp objects such as tin sheets.

"It is likely to move nearly northwards along & off Andaman & Nicobar Islands, intensify into a depression by morning of March 20 and turn into a cyclonic storm on March 21. Thereafter, it is likely to move nearly north-north-eastwards and reach near north Myanmar - southeast Bangladesh coasts on March 22," the India Meteorological Department (IMD) said.