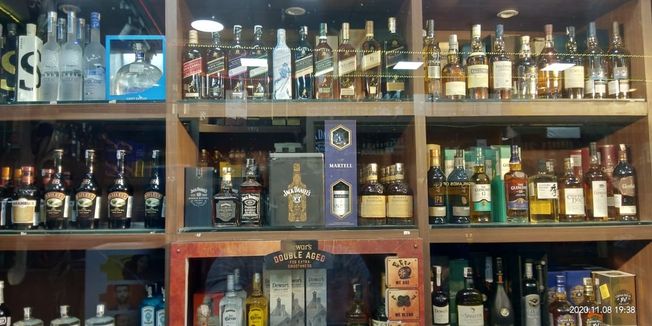 New Delhi, Sep 4:  Over six liquor shops have been opened at the premises of some Delhi Metro stations here after the national capital on September 1 returned to the old excise policy.

The metro stations where the liquor shops have been opened include Rajouri Garden, Badarpur, Dwarka, Mundka, and Karol Bagh.

These liquor shops have been opened to aim for higher sales as metro stations receive higher footfalls.

As per a source, Delhi government has planned to start the service from Monday with 300 outlets across the city and later by the end of the year, the number of outlets could be raised to 700.

The city, however, was expected to have around 500 outlets from Monday.

Around 80 wholesalers have already registered with the department. However, the consumers will be able to choose from 500 distinct brands.

After Lt. Governor V.K. Saxena recommended a CBI probe into the new excise policy, Delhi government has decided to go back to the old regime of retail liquor sale in the city.

However, the Excise Policy 2021-22, which was extended twice after March 31 for a period of two months each, came to an end on July 31. But later it was given one month of extension to prepare before the old regime of Excise policy was to start from September 1.