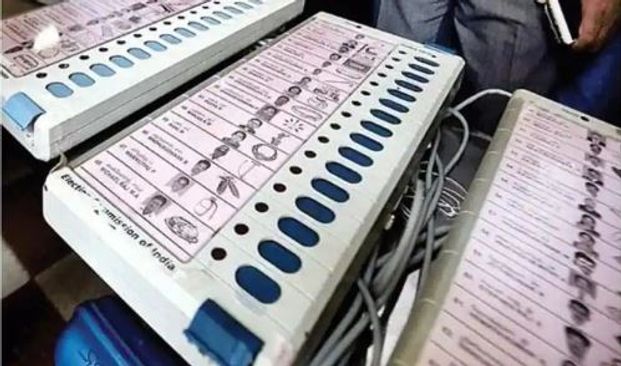 The Election Commission had called the chairpersons, presidents, and general secretaries of all the national parties for a meeting today.

The Commission invited all recognised eight national and 57 regional political parties to demonstrate the functioning of the multi-constituency prototype Remote EVM.

To encourage domestic migrants to exercise their franchise, ECI on December 29, informed about a prototype Multi-Constituency Remote Electronic Voting Machine (RVM), which would enable them to vote from remote polling stations.

It said the inability to vote due to internal migration (domestic migrants) is one of the prominent reasons behind low voter turnout.

"Migration-based disenfranchisement is indeed not an option in the age of technological advancement. The voter turnout in General Elections 2019 was 67.4 % and the Election Commission of India is concerned about the issue of over 30 Crore electors not exercising their franchise and also differential voter turnout in various States/UTs," the ECI said in a statement.

With the objective of finding a technological solution that is credible, accessible, and acceptable to all stakeholders, the Commission, headed by Chief Election Commissioner Rajiv Kumar, along with election commissioners Anup Chandra Pandey and Arun Goel, explored the option of using a modified version of the time-tested model of M3 EVMs to enable voting at remote polling stations i.e. polling stations outside the home constituency, for domestic migrants, the statement further read.

The Commission has also circulated a concept note amongst the political parties highlighting the challenges of defining domestic migrants, implementation of Model Code of Conduct, ensuring secrecy of voting, facility of polling agents for identification of voters, process and method of remote voting, and counting of votes, among other issues.

The Commission also solicited written views of recognised political parties by January 31, 2023, on various related issues including changes required in legislation, changes in administrative procedures, and voting method/RVM/technology, if any other, for the domestic migrants, the release stated. (ANI)