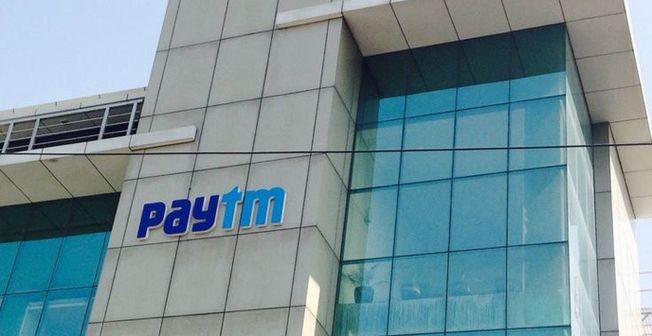 New Delhi, Sep 4:  Fintech major Paytm on Sunday said that the search operations by the Enforcement Directorate (ED) at six different locations in Bengaluru were carried out on merchants which were independent entities, and none of them were Paytm's group entities.

In a statement, One 97 Communications Ltd, which is the parent company of Paytm, clarified that none of the funds which have been instructed to be frozen belong to Paytm or any of its group companies.

The ED said on Saturday that it carried out search operations at six different locations in Bengaluru in connection with its probe into the Chinese loan apps fraud case.

The financial probe agency said it raided the premises associated with Paytm, Razorpay and Cashfree, all payment gateways which allegedly facilitated transactions on loan apps unauthorisedly run by Chinese-owned firms.

The company said that as a part of ongoing investigations on a specific set of merchants, "the ED has sought information regarding such merchants to whom we provide payment processing solutions".

"It is hereby clarified that these merchants are independent entities, and none of them are our group entities. We are, and will continue to, fully cooperate with the authorities, and all the directive actions are being duly complied with," said the company.

Paytm further said that that the "ED has instructed us to freeze certain amounts from the Merchant IDs (MIDs) of a specific set of merchant entities".

According to the ED, during the search operation, it was noticed that the said entities were generating proceeds of crime through various merchant IDs/accounts held with payment gateways/banks.

"They were also not operating from the addresses given on the MCA website/registered address. An amount of Rs 17 crore has been seized in merchant IDs and bank accounts of these Chinese-owned entities," said the agency.

A Cashfree spokesperson said that the company extended diligent co-operation to the ED operations, providing them the required and necessary information on the same day of enquiry.

"Our operations and on-boarding processes adhere to the PMLA and KYC directions, and we will continue to do so," said the spokesperson.

A Razorpay spokesperson said that some of its merchants were being investigated by the law enforcement about a year and a half back.

"As part of the ongoing investigation, the authorities requested additional information to help with the investigation. We have fully cooperated and shared KYC and other details. The authorities were satisfied by our due diligence process," said the company.