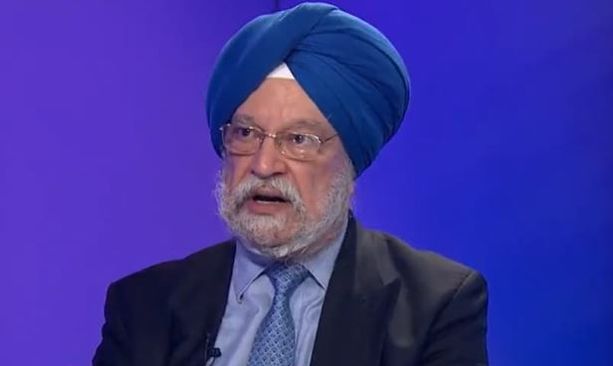 Union Minister Hardeep Singh Puri on Monday said that the Central government has so far sanctioned houses to more than 3 crore underprivileged people.

New Delhi, Nov 7: Union Minister of Housing and Urban Development Hardeep Singh Puri on Monday said that the Central government has so far sanctioned houses to more than 3 crore underprivileged people while 1.22 crore houses have been approved in several urban areas, including Delhi.

He also said the BJP would start allotting flats to the poor in the 'Jahan Jhuggi, Wahan Makan' scheme after registering win in the Municipal Corporation of Delhi (MCD) polls scheduled to be held on December 4.

The Minister said this while speaking after flagging-off 30 campaign chariots of the Bharatiya Janata Party (BJP) from the office of the saffron party's Delhi unit, in view of the MCD elections.

Meanwhile, Puri claimed that much work towards allocating flats could have been done earlier but it did not happen to some "inept policies".

Puri said all states under the BJP's 'double-engine' government, saw that all work by the authorities were being done actively.

He said that India has become the fifth largest economy in the world and would soon reach the third position, adding that Prime Minister Narendra Modi dreamed of India becoming a developed country by 2047.

BJP's Delhi unit president Adesh Gupta, speaking on the occasion, mentioned several policies and work of the Narendra Modi-led Central government, saying "the BJP works with a sense of service".

He added that the government provided free ration to 74 lakh people in Delhi to deal with the food crisis during pandemic. (IANS)