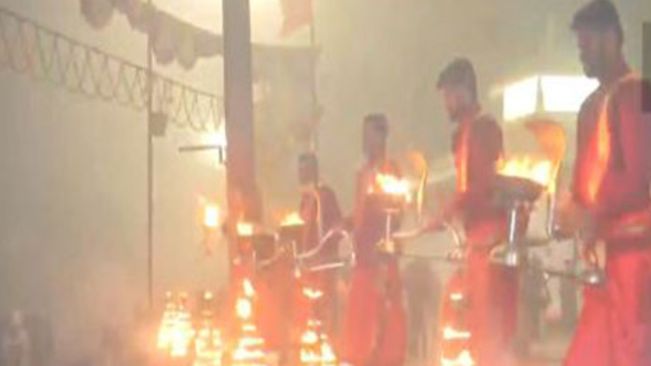 Varanasi, Jan 1: On the first day of the New Year, 'Ganga aarti' was performed at Varanasi's Assi Ghat in the early hours on Sunday. People gathered at the ghat to watch the Ganga aarti.

Mahakaleshwar's Bhasma Aarti is believed as the most special, as it is the only 'Jyotirling' amongst the 12 where the Bhasma is applied on the 'Shivling'.

Hence, it is one of the reasons why people from all across the world come to attend it, according to the Mahakaleshwar priest.