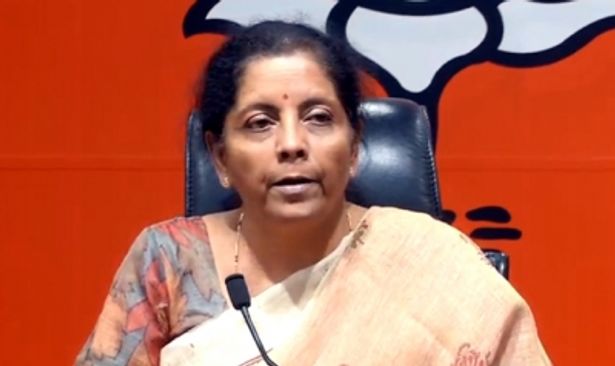 Lucknow, Aug 21: Union Finance Minister Nirmala Sitharaman on Saturday hailed UP chief minister Yogi Adityanath for taking the state to the path of development, saying that Uttar Pradesh will soon emerge as a shining example for others in time to come.

Sitharaman was on a trip to Uttar Pradesh during which she asserted that in the last four to five years a series of world-class infrastructure projects such as Purvanchal Expressway, Bundelkhand Expressway, Gorakhpur and Ballia Link Expressway and now Ganga Expressway have been initiated in the state which will take the state on the road to a 'new' Uttar Pradesh.

"The thought behind the Prime Minister's Vocal for Local is clearly reflected in the One District One Product (ODOP) scheme here," she added.

Further referring to the Uttar Pradesh Defence Corridor, she said that the state, which was known for agriculture and MSME sectors, not only showed interest in undertaking such big and important projects, but has also been executing them successfully.

Terming it as a grand success, Sitharaman credited it to the 'visionary' duo of Prime Minister Narendra Modi and Chief Minister Yogi Adityanath.

The Finance Minister was giving her views in a meeting organised for Ganga Expressway at Indira Gandhi Pratishthan on Saturday.

Appreciating the Yogi government for giving 'meaningful' direction to the government policies, she said that the promptness and success with which the schemes of the central government have been implemented in the state is an example for others.

The meeting, chaired by Chief Minister Yogi Adityanath, was to find ways how to raise finances for the Ganga Expressway project.

The Chief Minister said that the Ganga Expressway, which will be built from Meerut to Prayagraj, would be the backbone of the Uttar Pradesh economy.

Yogi said that the Finance Minister, in her Union Budget 2021-22 speech, had articulated the broad concept of National Infrastructure Pipeline and National Monetisation Pipeline, emphasising on the development of necessary infrastructure for coordinated development in different parts of the country.

"In order to mobilize the required financial resources for the infrastructure projects, the Union Finance Minister had suggested the method of monetization. Taking the concept forward, the Uttar Pradesh government has finalised the process of securitisation based loans from banks as a part of raising finances for Ganga Expressway," the Chief Minister noted.

State Finance Minister Suresh Khanna said that the state government has added many new dimensions in the field of all-round industrial development of the state in the last four years.
(IANS) 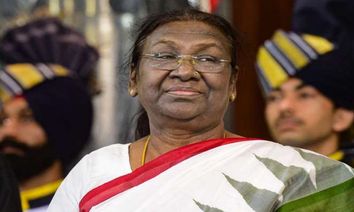