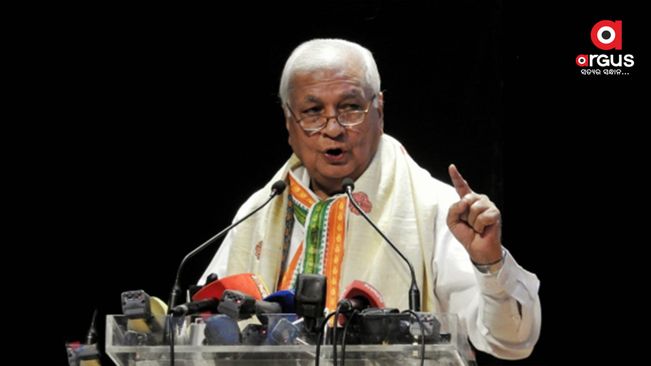 Kerala Governor Arif Mohammed Khan on Monday shot off a strongly-worded letter to the Kerala University asking for a Senate member to be part of a search committee formed to select a new vice-chancellor.

Thiruvananthapuram, Sep 26: Kerala Governor Arif Mohammed Khan on Monday shot off a strongly-worded letter to the Kerala University asking for a Senate member to be part of a search committee formed to select a new vice-chancellor.

Khan's previous two letters on the same issue had not been responded to. On Monday, he said he will be forced to go ahead with the other two members of the three-member committee that is already in place.

The incumbent vice-chancellor superannates next month. Few months back, Khan had first written to the University asking for its nominee and, failing to get any response, he sent another letter. He selected two distinguished academicians -- IIM-Kozhikode director Debashish Chatterjee and Dr B. Satyanarayan, the Karnataka central university vice-chancellor.

Incidentally, in the senate meeting held on July 15, the name of V.K.Ramachandran, vice-chairman of the Kerala State Planning Board was floated, but later he himself withdrew.

The search committee period is three months and the Chancellor has the powers to extend it by one more month.

Khan and the ruling Pinarayi Vijayan government have been lashing at each other on the issue.