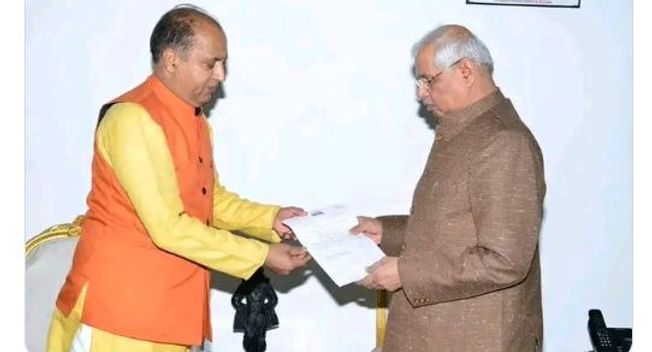 The Governor, as advised by the Council of Ministers, has dissolved the legislative assembly with immediate effect, an official statement said.

He has requested the present government to continue in office and discharge its functions till the new legislative Assembly is constituted and the new government is formed on the basis of the results of the elections.

A notification has been issued in this regard from the Raj Bhavan, the statement added.

The Congress got an absolute majority by winning 40 seats, six seats more than the half-way mark of 34 in the 68-member House, reducing the outgoing BJP legislators from 44 to 25 seats.

Respecting the mandate, outgoing Chief Minister Thakur, under whose leadership the BJP went into the polls, told the media here: "I respect people's mandate and I want to thank Prime Minister Narendra Modi and other central leadership during last five years. We will stand for the development of the state irrespective of politics. We will also analyse our shortcomings and improve during the next term."

Thakur, who was banking on Prime Minister Narendra Modi's charisma, submitted his resignation to the Governor, who accepted it.

Himachal Pradesh has not voted any incumbent government to power since 1985. (IANS)