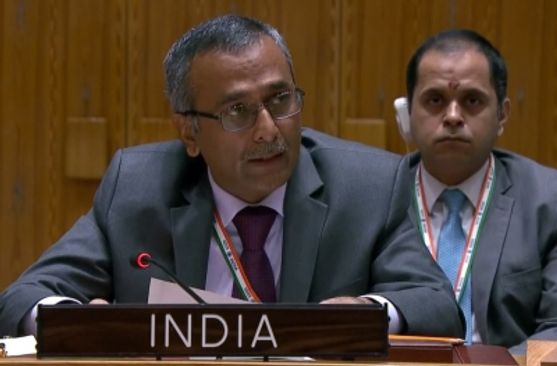 --India said on Friday that it is important that the Biological and Toxin Weapons Convention (BTWC) is implemented effectively, but did not take a direct stand on Russia's allegations that biological warfare research was carried out in Ukraine.

United Nations, Mar 19: India said on Friday that it is important that the Biological and Toxin Weapons Convention (BTWC) is implemented effectively, but did not take a direct stand on Russia's allegations that biological warfare research was carried out in Ukraine.

"It is important to ensure full and effective implementation of the BTWC in letter and spirit," India's Deputy Permanent Representative to the UN, R. Ravindra, said at the Security Council meeting convened at the request of Russia.

"India attaches high importance to the Biological and Toxin Weapons Convention as a key global and non-discriminatory disarmament convention, prohibiting an entire category of weapons of mass destruction," he said.

It was a repeat of a session called last Friday by Russia to air its allegations that biowarfare research was carried out in Ukraine labs in conjunction with the US.

While Russia's Permanent Representative Vasily Nebenzia reiterated the allegations citing what he said were documents seized during the invasion of Ukraine, High Representative for Disarmament Affairs Izumi Nakamitsu said the UN "is not aware of any such biological weapons programme".

She said that 2,032 civilian casualties have been reported in Ukraine till Wednesday, including 58 children.