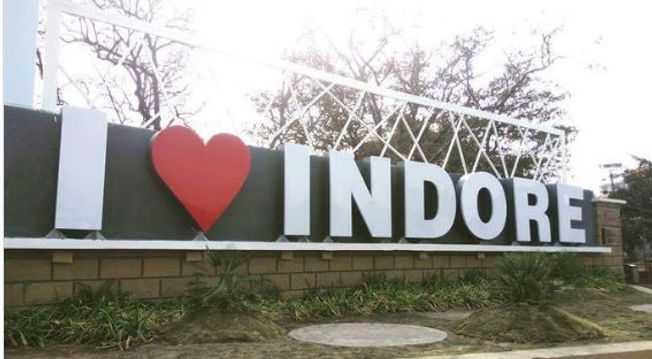 Indore was adjudged India's cleanest city for the sixth time in a row in the Centre's annual cleanliness survey Swachh Survekshan 2022 on Saturday.

New Delhi, Oct 1: Ranked first in the Swachh Survekshan 2022 Awards for the cleanest city in the country, Indore retained the tag for the sixth time in a row in the Centre's annual cleanliness survey, while Madhya Pradesh held on to the tag of the cleanest state.

Gujarat's Surat and Maharashtra's Navi Mumbai stood second and third on the list of the cleanest cities. The results of the 7th edition of the Swachh Survekshan Awards were announced on Saturday. President Droupadi Murmu presented the awards at Talkatora Stadium in the national capital. Union minister Hardeep Singh Puri was also present.

Addressing on the occasion, Puri said, "The cleanliness drive (Swachh Bharat Mission) that started 8 years ago as a govt initiative is a mass movement today. Swachhata Survekshan today is the largest sanitation survey in the world, in 2016 it was started as a pilot project in 73 cities & now in 2022 more than 4,355 cities have taken part in it."

The survey to study the progress of the cleanliness drive (Urban) was conducted based on certain cleanliness parameters.

Besides the cities, Uttarakhand's Haridwar was awarded the cleanest Ganga town in the category of 'more than 1 lakh population'.

Following is the list of the top 10 cleanest cities (with a population of over 1 lakh) in the country:

The other cities on the list include Andhra Pradesh's Visakhapatnam, Vijayawada, Madhya Pradesh's Bhopal, Andhra's Tirupati, and Karnataka's Mysore. The national capital stands nine on the list while Chhattisgarh's Ambikapur ranks tenth. (ANI)