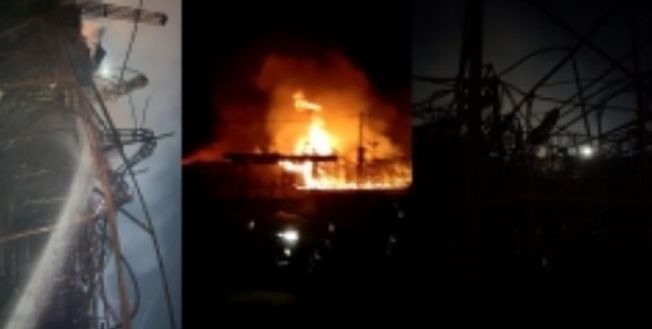 A major fire broke out in a tent near HDFC bank in west Delhi's Rajouri Garden in the intervening night of Saturday and Sunday.

New Delhi, Sep 4: A major fire broke out in a tent near HDFC bank in west Delhi's Rajouri Garden in the intervening night of Saturday and Sunday.

The fire department got a call regarding the incident at around 1 a.m.

"Total 23 fire tenders were rushed to the site, and the fire was under control in 2 hour. No causality reported," said the fire department.

The official said that the cause of the fire is not yet known. Local police had also reached the spot to assist the fire fighters.