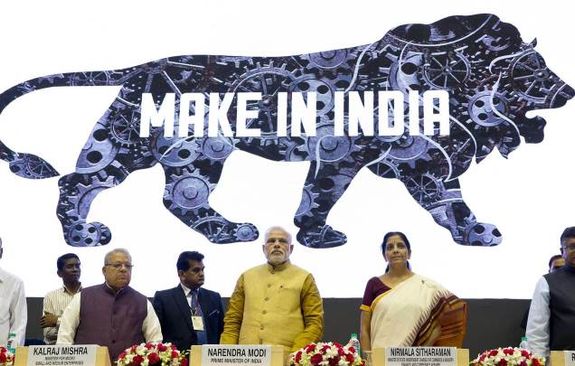 Make in India, the flagship program of the Government of India completes 8 years of path-breaking reforms on 25th September 2022.

Launched in 2014 under the dynamic leadership of Prime Minister Narendra Modi, ‘Make in India’ is transforming the country into a leading global manufacturing and investment destination. The initiative is an open invitation to potential investors and partners across the globe to participate in the growth story of ‘New India’.  Make In India has substantial accomplishments across 27 sectors. These include strategic sectors of manufacturing and services as well.

To attract foreign investments, Government of India has put in place a liberal and transparent policy wherein most sectors are open to FDI under the automatic route. FDI inflows in India stood at US $ 45.15 billion in 2014-2015 and have since consecutively reached record FDI inflows for eight years. The year 2021-22 recorded the highest ever FDI at $83.6 billion. This FDI has come from 101 countries, and invested across 31 UTs and States and 57 sectors in the country. On the back of economic reforms and Ease of Doing Business in recent years, India is on track to attract US$ 100 Bn FDI in the current FY, informed the Union Ministry of Commerce & Industry.

Recognising the importance of semiconductors in the world economy, the Government of India has launched a USD 10 billion incentive scheme to build a semiconductor, display, design ecosystem in India.

The Government has also launched programme for multimodal connectivity to manufacturing zones in the country, called the Prime Minister’s Gatishakti programme, which will ensure logistical efficiency in business operations through the creation of infrastructure that improves connectivity. This will enable faster movement of goods and people, enhancing access to markets, hubs, and opportunities, and reducing logistics cost.

The One-District-One-Product (ODOP)initiative is another manifestation of the 'Make in India' vision for facilitating promotion and production of the indigenous products from each district of the country and providing a global platform to the artisans and manufacturers of handloom, handicrafts, textiles, agricultural and processed products, thereby further contributing to the socio-economic growth of various regions of the country.