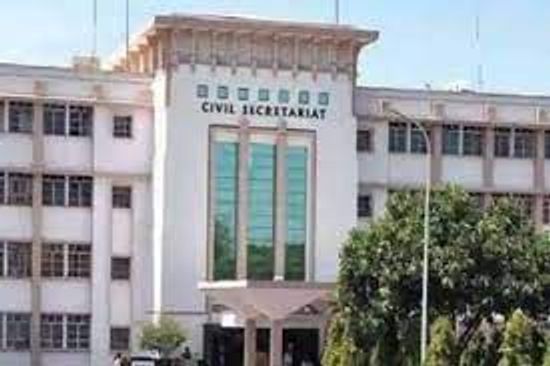 Grabbing government jobs on gun point or on account of the political clout the separatists enjoyed for a long time was a new normal for over 20 years post-1990 in Jammu and Kashmir.

New Delhi, Sep 25: After making amendments to conventional service rules, some two dozen government employees have been dismissed by the Jammu and Kashmir Lieutenant Governor Manoj Sinha in the current year. The latest lot, sacked on Wednesday 22 September under provisions of Article 311(2)(c) of the Constitution of India, comprises one Forest Range Officer, one junior assistant, two government schoolteachers and two constables of the Jammu and Kashmir Police.

Unlike on all previous occasions of the termination of service of the government employees for their alleged anti-national activities, the fraternity of the 5 lakh public servants is calm and quiet. There are no reports of a protest, calls for shutdown, threats to cripple the government system from the trade unions as they did several times in the last 32 years of the militancy. As of now, there are also no reports of anybody having challenged the termination orders in a court of law or a judicial officer having stayed such an order.

Grabbing government jobs on gun point or on account of the political clout the separatists enjoyed for a long time was a new normal for over 20 years post-1990 in Jammu and Kashmir. All such complaints would fall on the deaf ears of even the senior civil and Police officers and bureaucrats who had no local weaknesses or stakes in silence.

So the practice of working as militants, getting government jobs while fighting the State Police and the Indian security forces or after arrest or surrender remained intact. Even deviating to militancy for a period while retaining the government jobs and returning to offices silently on court orders or due to complicity of the controlling and the salary drawing and disbursing officers was a known practice and open secret for many years.

On one occasion in 2012, unsuccessful attempts were made to admit a top Al-jihad commander who according to the CID records had participated in encounters with the security forces and spent about a year of his detention in the Public Safety Act after his arrest in J&K's higher judicial service. Once in, he would have shortly risen to the position of a judge and subsequently Chief Justice in the Jammu and Kashmir High Court. Two successive Chief Ministers helped him assiduously but failed after an aggrieved candidate filed a petition in the Supreme Court and the matter was reported by the media.

On another occasion, a bunch of complaints regarding the appointment of 128 relatives of an officer in the University of Kashmir were received in the offices of a Governor and Chief Secretary. According to the complaints, the officer holding a senior administrative position in the University belonged to a particular religious organisation, with deep militant connections. A Police agency investigated and confirmed the complaints. There was no action.

And when on certain occasions, the government was compelled to dismiss some employees of the egregious militant linkage, the system buckled either under political pressures or the court orders which nobody bothered to resist or contest. Such entrants into the public services would rarely attend their duties. They were in fact on the forefront of mobilising the anti-government crowds in 2008, 2009, 2010 and 2016 and enforcement of over 2,000 hartals called by the militants and the separatists.

The people of Kashmir valley ended up as the worst sufferers of the absenteeism at the government offices as the public services remained paralysed and the successive political governments and governors showed no will to act against the saboteurs within. Finally the ice broke with some aggressive interventions and modifications in laws and rules after revocation of the erstwhile State's special status and break up into the two Union Territories.

Even as all the separatist leaders are like mute spectators to the government actions, the only criticism ironically comes from the tweets and statements of some mainstream politicians who have been day in and day out cursing and demonising New Delhi while comfortably retaining all the privileges available to them as former Ministers or Chief Ministers. On their initiation, the separatists' ecosystem abroad plays up the government orders as "regressive, illegal, unconstitutional and infringing on the fundamental rights".

According to the official records, Range Officer Tariq Mehmood Kohli of Poonch was involved in smuggling of illegal arms, ammunition, drugs and fake Indian currency notes from Pakistan. The ISI provided him with SIM cards which he used for planning and executing trans-border smuggling. He was responsible for sustaining militancy in Poonch from 1990 to 2000.

On account of his close association with Lashkar-e-Tayyiba and top commanders like Abu Hanzala, Kohli was referred for detention under PSA but he subverted the whole process by making the SSP and the District Magistrate buckle under pressure.

Constable Jaffer Hussain Bhat of Kishtwar was involved in looting one AK-47 rifle from the District Magistrate's incharge of escort, Daleep Singh, at Asrarabad Kishtwar on 8 March, 2019 soon after the killing of the BJP leader Anil Parihar and his brother Ajeet Parihar. Bhat provided his Maruti Alto car JK17-5025 to Hizbul Mujahideen militants Osama Bin Javed, Haroon Abbas Wani and Zahid Hussain to facilitate their crime.

Selection grade constable Showkat Ahmad Khan of Aarth, Narbal, Budgam, according to official records, is "hardcore sympathiser and Over Ground Worker" (OGW) of LeT who used his position as a policeman to give legitimacy to the secessionist agenda. He got clandestinely involved in "activities detrimental to the security of the state".

A junior assistant in Roads & Buildings Department, Mohammad Rafi Bhat of Pochhal, Kishtwar surfaced after his associate Tariq Hussain Giri was arrested and interrogated by the National Investigation Agency (NIA) which was investigating the assassination of the RSS leader Chanderkant.

Chanderkant and his PSO Rajinder Kumar were killed in a terrorist attack inside District Hospital Kishtwar on April 9, 2019. The investigation established that Bhat had provided logistic support to the three terrorists Osama Bin Javed, Haroon Abbas Wani and Zahid Hussain who planned and executed the RSS leader's killing.

Teacher Liyaqat Ali Kakroo of Nambla, Uri, Baramulla, was exposed as a trained militant after his arrest in December 2001 from Chhan Mohalla, Chattabal in Srinagar with two hand grenades and 20 explosive sticks. He got bail but continued his militant activities. In June 2002, he was again arrested with arms and ammunition including a Chinese pistol and a hand grenade. He was found to be a Hizbul Mujahideen OGW, involved mainly in transportation of their cadres and weapons. After his release on bail, he was yet again arrested with a Chinese grenade in April 2021.

Teacher Abdul Hamid Wani of Dupatyar Bijbehara, Anantnag, surfaced on account of his association with the outlawed Jamaat-e-Islami and later as "District Commander" of Allah Tigers. Wani and his associates extorted money on gun point from local residents. The group was known for its campaign to shut down cinema theatres. He allegedly got himself appointed as a teacher on gun point without being in any selection process. "Wani promoted his ideology of terrorism and secessionism while delivering jihad sermons at the Friday congregational prayers at the local mosques".
(IANS)