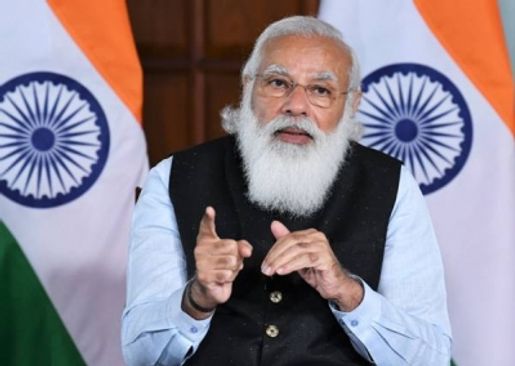 A meeting of the Council of Ministers was held on Tuesday under the chairmanship of Prime Minister Narendra Modi. In this crucial meeting, Modi reviewed the progress report of many projects.

New Delhi, Sep 29: A meeting of the Council of Ministers was held on Tuesday under the chairmanship of Prime Minister Narendra Modi. In this crucial meeting, Modi reviewed the progress report of many projects.

According to sources, in Tuesday's meeting, Union Commerce, Consumer and Food and Supplies Minister Piyush Goyal and Union Jal Shakti Minister Gajendra Singh Shekhawat provided information about various projects and also came up with a presentation in the meeting regarding their implementation. The Prime Minister also gave several instructions regarding these projects.

In the last round of the meeting, an open house session was held in which many ministers also presented their suggestions to the Prime Minister on the issue of improving the functioning of the government.

Since coming to power, the Prime Minister keeps holding meetings of the Council of Ministers in this way at regular intervals apart from the cabinet meetings. Only cabinet ministers are involved in cabinet meetings and they are called only if any matter related to the ministry of a minister is included in the agenda of the meeting. But the meeting of the Council of Ministers consists of ministers of all three levels (cabinet ministers, ministers of state - independent charge and ministers of state).

The meet is termed as 'Chintan Shivir' in which the junior and new ministers learn the style of work from senior and seasoned ministers and they also get the guidance of the Prime Minister.

This was the fourth time since the reshuffle of the Union Cabinet on July 7 when the Prime Minister had called a meeting of the Council of Ministers. In the last meeting, Union Health Minister Mansukh Mandaviya and Education Minister Dharmendra Pradhan gave a presentation.
(IANS)