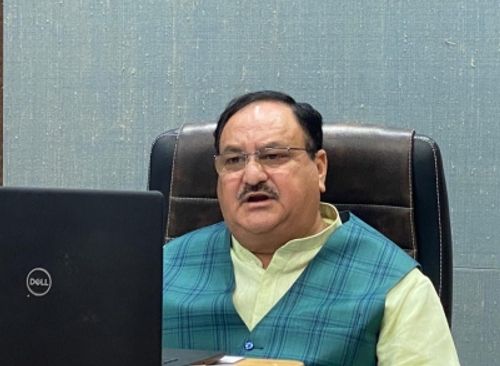 National General Secretary, Bhupendra Yadav and other national office bearers were also present at the meeting which lasted for over two hours.

Recently, BJP national general secretary (Organisation) B L Santhosh had visited Uttarakhand and Uttar Pradesh to take stock of the ground situation. He also collected feedback from MLAs, Ministers and cadre during his visit.

"With today's meeting of top party leaders, BJP started working on its 'Mission 2022' for these poll bound five states. Plans for these states were discussed and the party will start it's poll activities as per plan in the coming days," a party insider said.

After discussing the poll preparations for the five states with the Union ministers, Nadda will be holding a meeting with the party general secretaries to discuss organisational activities in the evening.
(IANS)