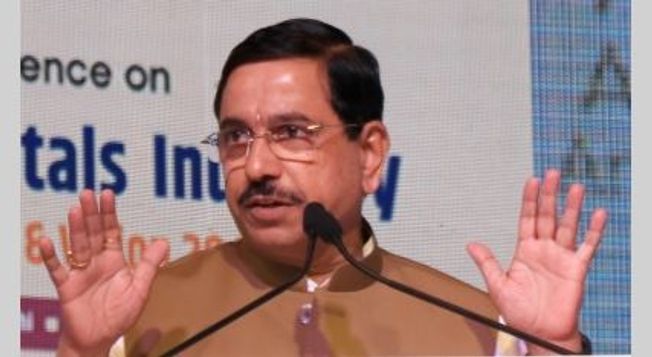 Taking potshots at the election for AICC chief, Union Minister Pralhad Joshi stated on Saturday that no matter who becomes the President, he will be the remote control of Nehru family.

Dharwad, Oct 1: Taking potshots at the election for AICC chief, Union Minister Pralhad Joshi stated on Saturday that no matter who becomes the President, he will be the remote control of Nehru family.

The Presidential election for the selection of candidate other than the family member of late former Prime Minister Jawahar Lal Nehru is scheduled on October 17. "This is a drama taking place in AICC," he slammed.

Union Minister for Parliamentary Affairs, Joshi, further attacked that Shashi Tharoor, the contestant against Mallikarjun Kharge has stated that he is the sponsored candidate of Sonia Gandhi and Rahul Gandhi. When the situation is like this, what changes he can bring, Joshi stated.

He questioned that what changes could former Prime Minister Manmohan Singh bring during his tenure? He is known as the remote control PM of Sonia Gandhi.

Forget about putting signatures, if they had to step out of their houses also, the permission is required from Nehru family, he taunted. It is just a farce that there is going to be a candidate other than Gandhi family, he added. Let this drama unfold, he stressed.

Reacting about Bharat Jodo Yatra, Union Minister Joshi stated that wherever Rahul Gandhi visits, BJP's victory is ensured. "I request Congress party to invite him to more number of states in the country, which is good for BJP," he said.