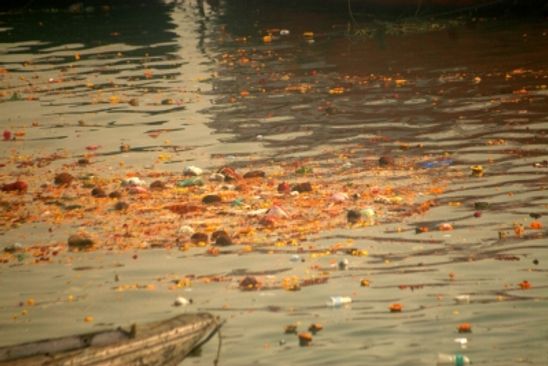 The National Green Tribunal (NGT) has directed the Uttar Pradesh Pollution Control Board to take remedial measures to prevent pollution in the Ganga river from tanneries in a "realistic manner".

New Delhi, Sep 29: The National Green Tribunal (NGT) has directed the Uttar Pradesh Pollution Control Board to take remedial measures to prevent pollution in the Ganga river from tanneries in a "realistic manner".

"We may consider the situation of pollution of River Ganga due to untreated/partially treated effluents (sewage and industrial) being discharged thorough irrigation canal at Jajmau," the order said.

The bench, also comprising Judicial member Justice Sudhir Agarwal, and Expert members Prof A Senthil Vel and Dr Afroz Ahmad was dealing a matter with two issues of water pollution in Jajmau, an industrial suburb on the banks of Ganga.The first issue relates to the chromium dumpings at Rania, Kanpur Dehat and Rakhi Mandi, Kanpur Nagar which have been in existence since 1976 and contaminating ground water adversely affecting their health and depriving the inhabitants of access to drinking water.

The green court note that, on both the issues, some progress has been achieved but still chromium dump remains and effluent continues to be let out through drains.

"Thus, it is clear that health risk remains on account of delayed inaction. UPPCB with other concerned agencies have to ensure that no waste is lying at any other site," the order said.

The green court also directed the state pollution body and the Central Pollution Control Board to immediately find out suitability of setting up of pilot plant model to treat chromium by way of setting up of a filtration process and application of biotechnology to remove chromium as being done at other places for removal of arsenic/fluoride within three months.