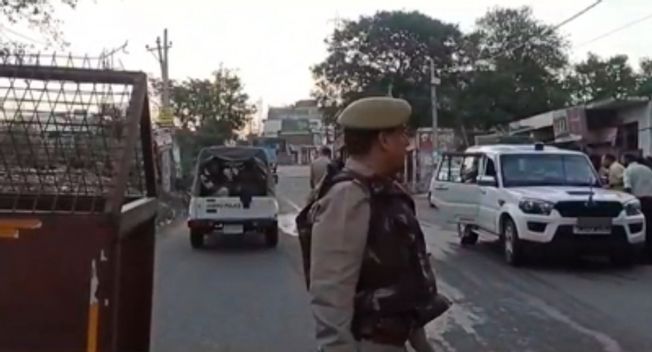 One security forces personnel has been killed and four others have been injured in an ongoing encounter at Sunjwan in Jammu that started between terrorists and security forces on Friday, officials said.

Jammu, Apr 22: One security forces personnel has been killed and four others have been injured in an ongoing encounter at Sunjwan in Jammu that started between terrorists and security forces on Friday, officials said.

"One security force perosnnel has been martyred," Additional Director General Police Mukesh Singh told reporters. "It seems the terrorists are hiding inside a house. After first light a thorough search will be conducted."

Earlier, sources said that an encounter has started at Sunjwan near the army camp between the security forces and the terrorists.

Sources said two terrorists, both of them believed to be foreigners belonging to Jaish outfit, are trapped within the encounter site and firing exchanges have started there.

The encounter started after an input was received about the presence of terrorists in Sunjwan. As the security forces zeroed in at the spot where the terrorists were hiding they came under a heavy volume of fire that triggered the encounter.

Friday's encounter has started in Jammu city two days ahead of the Prime Minister Narendra Modi's visit to J&K.

The Prime Minister is scheduled to visit the Palli village Panchayat in Samba district on April 24 to attend the Panchayat Raj Diwas.