Only BJP has a future in India: Amit Shah 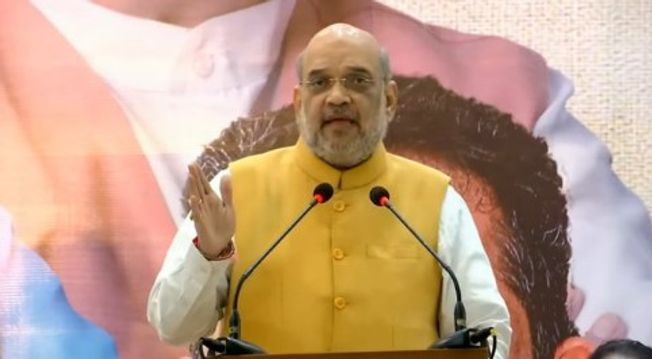 Union Home Minister Amit Shah on Saturday said only the BJP has a future in the country while both the Congress and the Communist party are in the process of decline.

Thiruvananthapuram, Sep 4: Union Home Minister Amit Shah on Saturday said only the BJP has a future in the country while both the Congress and the Communist party are in the process of decline.

He said this while addressing a programme of the SC/ST Morcha here on Saturday.

He also said that the Narendra Modi government has ensured the security of the country.

Amit Shah cited the Pulwama incident and said that India retaliated inside Pakistani soil to the carnage in Pulwama, adding the Congress government never had the guts to do this.

The senior BJP leader also said that Communism was fast losing its relevance, and is disappearing from the world.

He called upon the people of Kerala to join the BJP bandwagon led by Prime Minister Narendra Modi.

The Union Home Minister said that the cadres of the BJP in Kerala have to face umpteen problems including getting killed while working for the party.

He said that in the rest of the country, only nationalism was required to work in the BJP.

Shah said that the BJP is a political party that considered the deprived sections of the society including the SC and ST communities with prominence.

He said that when Modi assumed office as Prime Minister of the country in 2014, he had assured the people of the country that his government would be for the deprived and the oppressed.

The BJP leader said that his party has practiced what it preached and when it got the opportunity, it had backed a Scheduled Caste member, Ramnath Kovind as the President of the country.

And then the party had backed Draupadi Murmu -- who belonged to the Scheduled Tribe community -- for the post of President, and added that the BJP has always been a political party that caters to the deprived and downtrodden on the social and economical ladder.

The Union Home minister also said that it is only a matter of time before the BJP captures power in Kerala also and called upon the workers to work hard for the development of the party in the state.