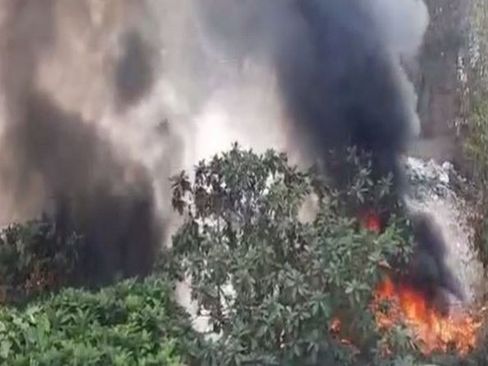 "The court disposal vehicles and unclaimed vehicles caught fire in the Kancharapalem Police Station premises. The police have taken up the investigation and several CCTV footage of the station premises are being examined," Visakhapatnam Deputy Commissioner of Police Anand Reddy said.

The cause behind the fire is yet to be ascertained.

24 bikes, one autorickshaw and one four-wheeler were gutted in the blaze.