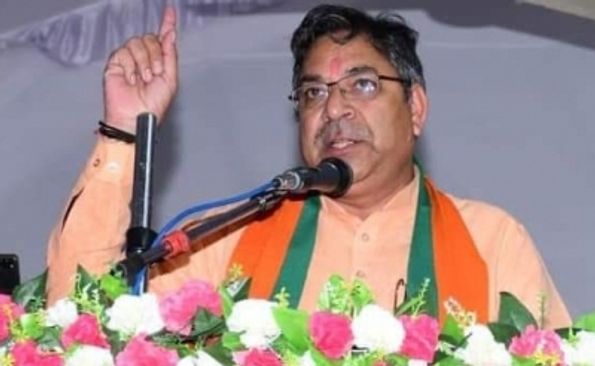 Terming Rajasthan model a "failure", BJP state president Satish Poonia on Friday said it is because of this that the state ranks first in rape, corruption, inflation, diesel-petrol price hike, unemployment and cyber crime.

Jaipur, Sep 2: Terming Rajasthan model a "failure", BJP state president Satish Poonia on Friday said it is because of this that the state ranks first in rape, corruption, inflation, diesel-petrol price hike, unemployment and cyber crime.

He was attacking Chief Minister Ashok Gehlot for praising the Rajasthan model of governance in Gujarat.

Speaking to the media in Jaipur, the BJP leader said that in the 2018 poll manifesto, The of the 2018 election, gave an assurance and promised that we will give public security to women, will modernize police, equip them with resources etc. However, this model of Rajasthan has been a failure," said Poonia.

"We are ashamed of the government, where NCRB certifies that 6337 rape have been registered in the state. Will Rajasthan not be ashamed of 17 rapes every day? Once the deteriorating law and order situation in Bihar and Uttar Pradesh was discussed. People used to say on the streets that this is not Lalu-Mulayam's UP-Bihar. Today Rajasthan is number 1 in crimes."

"Beheading of Kanhaiyalal has impacted the tourism of Udaipur. Hotel bookings get cancelled and tourists cancelled their tickets. Every third tourist who comes to the country comes to Rajasthan. Tourism is the main backbone of the state. Tourists coming to the state go to Jaipur, Udaipur, Jodhpur. Due to the poor law and order, the livelihood of so many people might have been affected, he said.

He quipped on recent helicopter travel by CM for 10 km due to potholed roads in his home constituency Jodhpur.

"I saw the video of Ashok Gehlot in which he has traveled 10 km in his home region of Jodhpur by helicopter. It came to my knowledge that there were so many potholes on that road for a 10 kms stretch that the bolts of cars might have gone loose had they travelled by road. Then I saw a video of him, in which the CM meets the mayor of Jodhpur city, the mayor is saying that if there is no fund then how will development happen."

"This is the second hallmark of the Rajasthan government. How small is the CM's economy? How false is his promise of development of Rajasthan. This isn't the only time this has happened. He has left Jodhpur in God's hands. Rajasthan is also kept at the mercy of God (Mercy). That's why he is a Chief Minister who has failed to keep his house in order. Four and-a-half-years of governance in Rajasthan has put the state to shame," he added.